I wanted to post yesterday but service was waaay too slow. Either it was our high winds and rain or lots of internet usage because of Super Tuesday. I suspect the latter personally.

Since the overwhelming response to my question was to add more beads, that's what I did. I was tempted to bead over the first line, per Joan's suggestion, but I couldn't bear to cover up what I'd already put down! I also couldn't do clumps, even though that's what I originally thought I would be doing along the outline. I just did another line of beads next to the first. 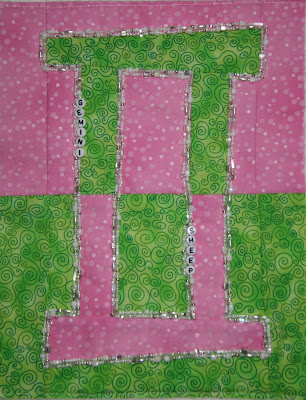 I'm not convinced that it's done yet but I have to put it aside to make a commissioned baby quilt. If I do more later I'm thinking it will be something in the background areas to make those areas recede (like quilting lines) and the symbol pop. I can also see a line of beading along the inside edge of the binding once I get that on. We'll see. Today I have to put away all thoughts of the BJP and TIF challenges and think fire trucks and construction vehicles instead :- ) 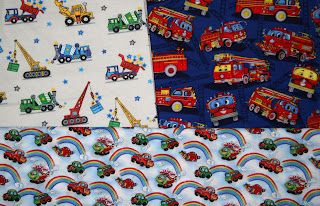