It's been a tough week. 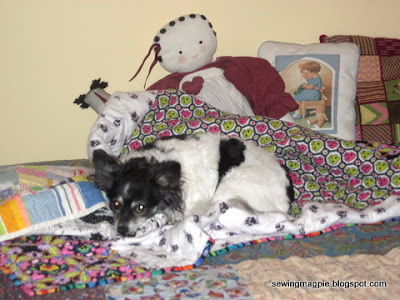 Several toxic exposures and subsequent recoveries slowed down productivity in The Magpie's Nest. Eventually I was able to begin auditioning the little blocks I'd been making for the borders on the twin's rainbow quilts. The first hurdle was to figure out how to lay out both tops with room for the border blocks above and below. I couldn't find a place to lay out both tops simultaneously so I used my bed and the design wall, in two different rooms (but only steps away from each other). 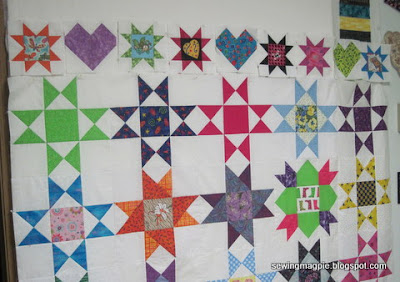 My goal was to distribute the images in the stars and the colors in the blocks as evenly as possible between the two tops. Of course I ended up with a couple of spots where nothing I had would work and new blocks had to be made. 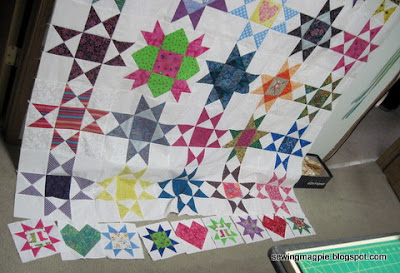 Then there was the matter of doing the math to make the blocks fit the width of the flimsies. Hard to do with a broken brain, let me tell you! In the end the sashes are three quarters of an inch wide and the border strips are framed with half an inch where it will be seamed to the lower edge of the flimsy and one inch on what will be the outside edge. Once the borders have been put on the bodies of the quilt tops I plan to run a 1.5" border strip down each side so all the blocks will appear to be floating on the white ground. I don't yet know just what the binding will be made of but I do know it will be a dark color to frame the quilt tops.

When I finished building the borders I gave myself the reward of using scraps to make a couple of sawtooth stars. I went ahead and sewed up a couple of little Hole in the Barn Door blocks too. 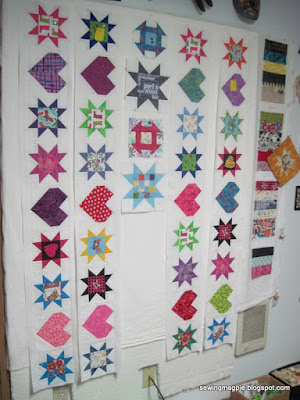 \
You can see at the extreme right side of my design wall that the Diary Quilt has been growing steadily. There have been a couple of days when it was a challenge to find an appropriate print for the day. So far though, I've come up with something before the next day gets very old.

I'm linking up with SoScrappy for the Rainbow Scrap Challenge. I'm pretty sure I'll be making sawtooth stars next year whether or not I follow along with Angela's quilt plan. :- )
Posted by Magpie Sue at 9:59 AM 11 comments:

Look who's been visiting The Magpie's Nest: 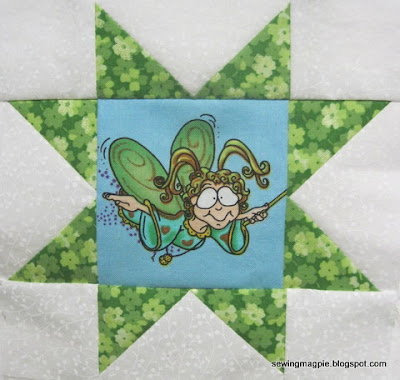 One of the quilting fairies!

The rainbow Ohio Stars have been assembled into quilt tops for the twins. They aren't quite long enough as is however, so I've been making six inch stars this week to use in top and bottom borders. 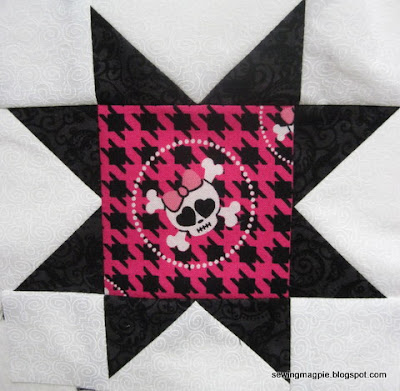 I'm planning on 36 total. I'm about 2/3 of the way there. Before I make any more I want to begin auditioning placements so I will have good color balance.

I've also made some 8" stars. The first ones will go into the Parts Department for future use. 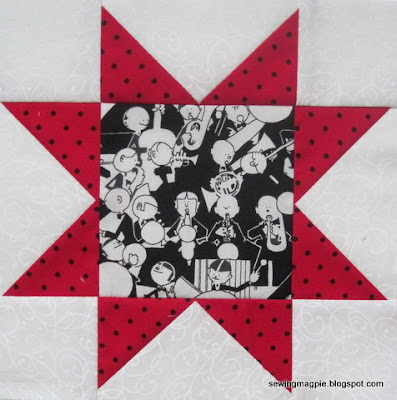 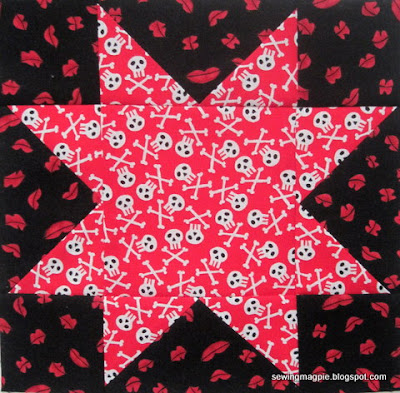 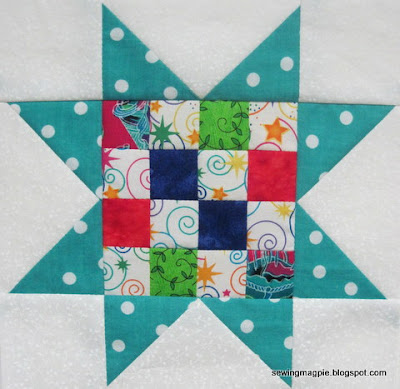 But four have been turned into potholders for gift giving. :- )

I made up two of these: 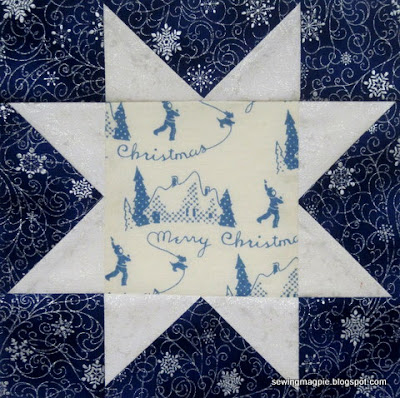 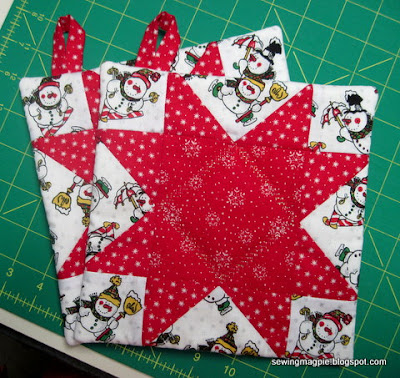 On the blue ones I simply quilted in the ditch (mostly) around the center square. But I couldn't resist the opportunity to break out the iridescent thread for the red stars. 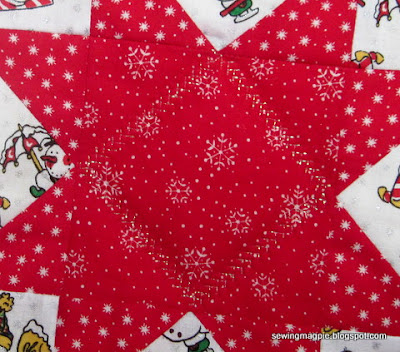 It's been so long since I've used decorative threads or stitches, and I was so excited, I forgot to reset my thread tension. Only broke the thread once before I realized what the problem was though! Hopefully this set will be restricted to decorative purposes. I doubt that synthetic thread will hold up to high heat.

I can't yet show you the other things I've been working on. ;- ) Hopefully I won't forget to do that!