I didn't make any new blocks per the RSC color palette this week. However, after completing the quick quilt top out of the Parts Department I had the urge to see if I could do it again. There are still a few 12" Ohio stars remaining from my RSC efforts in 2015. I put four of them on the design wall. 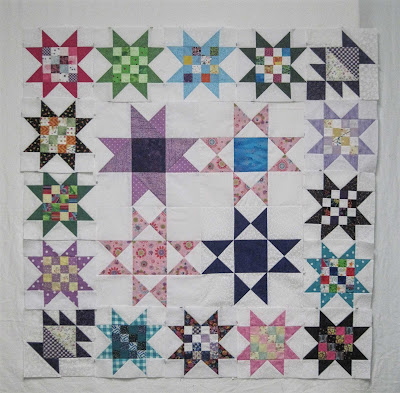 I began with the baskets and then filled in with postage stamp stars. It works but... feels a bit crowded.

What if I used some of the ships I've been making lately? 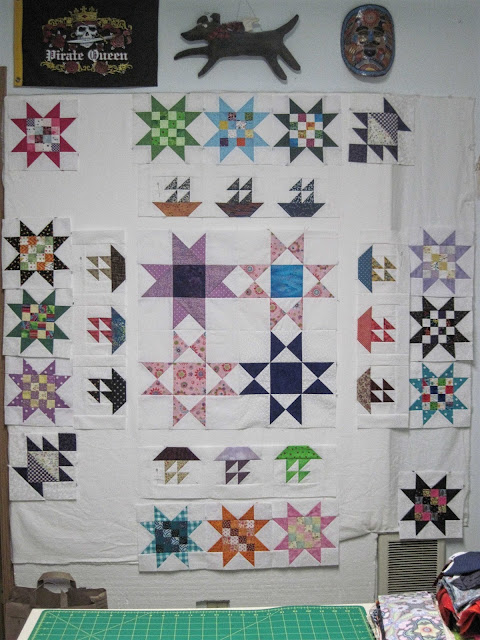 Oh, I like that! Let's see, to make that row work I'll need sashing between the ships and something to bring those rows up to 8" overall. 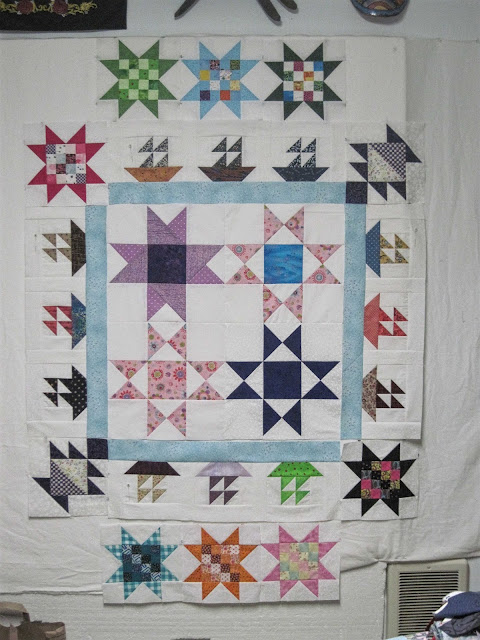 Now the basket cornerstones don't make sense. Ships and stars go together but baskets seem out of place. And if I add one more row of postage stamp stars on the top and bottom edges I'll end up with a nicely rectangular quilt top for a child. 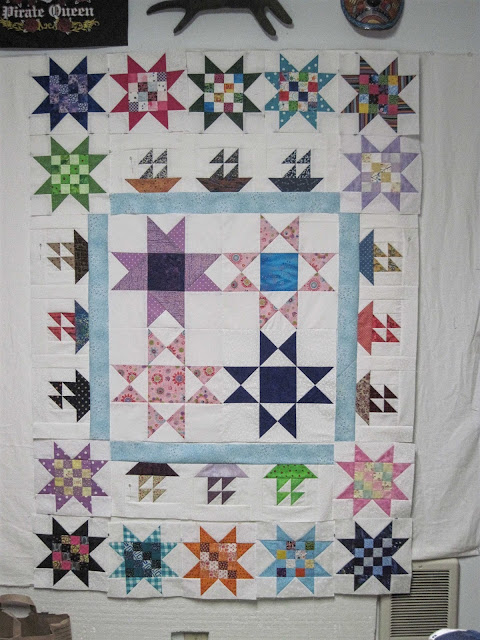 I haven't yet sewn these rows to the center square but that's what I plan to do next. There's room for a narrow border all the way around the outside. We'll see whether I have enough of something to pull that off!

I'm linking up with the other Rainbow Scrap Challenge bloggers via the link party over at SoScrappy.