Apparently it has been too long since I've bought any new fabric. I found myself with an overwhelming urge this week. I drove downtown, parked the car, walked into my local quilt shop, and announced to the proprietress, "I need a fix!"

She stared at me a moment and then burst out laughing. Could have been worse I guess.

I see now that I've got the pictures out of order. These pieces are from my second stop that day, the shop where I meant to buy only thread. They are batiks and they were all on sale. Couldn't pass that up! 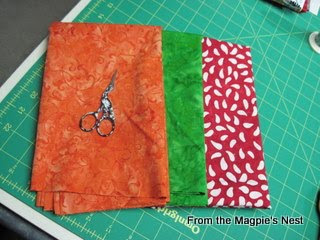 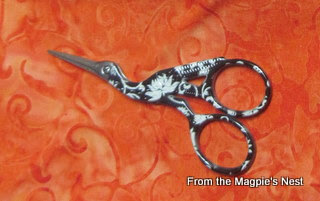 And here are the cuts I bought from my LQS. 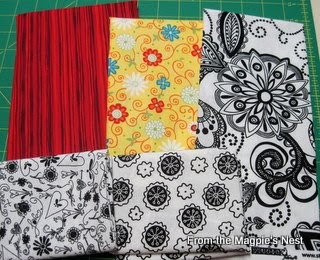 The black and white prints are fat quarters. The other two are half yard cuts. See, I didn't need a lot of new fabric, just a hit.

Since then I've been sewing scraps into blocks again. It was some precut triangles from an old project that got me started. 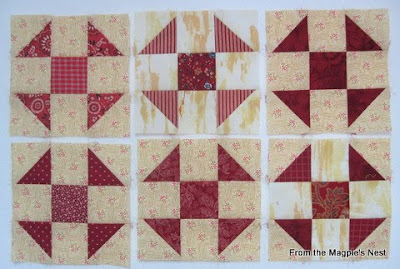 I guess I should take a picture of the quilt these were leftover from. I'm not sure I've ever shown it here and it's one I actually still own.

When those were all used up I moved on to the miscellaneous patches I've cut up over time. 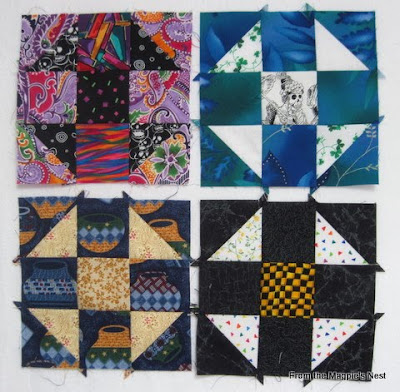 I've come to the conclusion that sewing these simple blocks gives my brain the opportunity to recruit the necessary energy for more creative projects. That's my story anyway, and I'm sticking to it!