Doin' It My Way

Things have improved here in the Magpie's Nest. But Mr. Reilly had to go to the groomer today and he's likely to bring home some fumes on his newly shorn body that will have an adverse affect on me. I thought this might be a good time to pop in and show you what I've been doing as I recovered from the last toxic exposure. 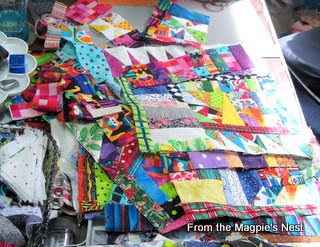 Mostly that would be playing in my scraps. Victoria has arranged for a mini quilt swap over on the 15 Minutes of Play blog. I signed myself up just in time to be included. She's calling it the "Something From Nothing" swap since the challenge is to make a 12" square quilt out of nothing but scraps. 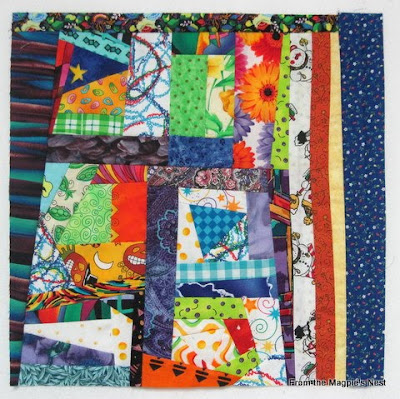 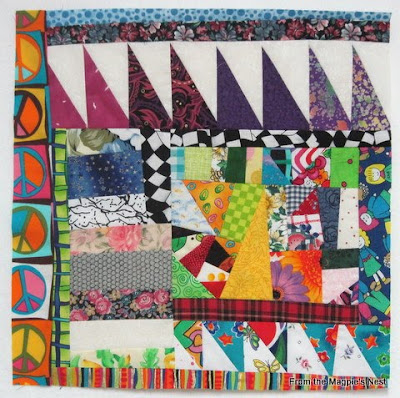 I managed to create three 12" blocks. 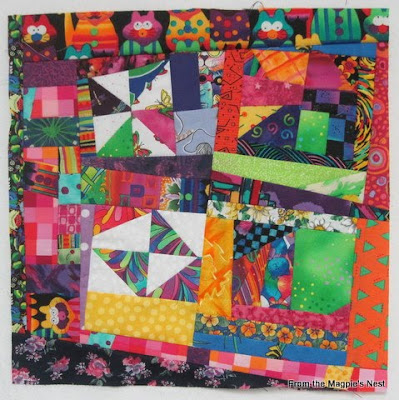 The problem was that none of them looked like cohesive compositions to me. In my eyes they just looked like a conglomeration of scraps. Victoria probably would have cut shapes out of this 'made fabric' and worked further with them. There were too many seams already for me to be comfortable with that procedure. Also, I'm not a quilter in the technical sense of the word so I couldn't rely on quilting to give the blocks the polished, finished, look that I would want my mini quilt to have. It was discouraging. Eventually I decided to try one more time, using a slightly different approach.

Some time ago when I was piecing scraps a house and a tree magically showed up. I'd set them aside at the time but I got them out to see what I could do with them. I also had a three inch heart block that I had pieced intentionally but completely out of scraps. All I needed to do was figure out how to combine these elements... 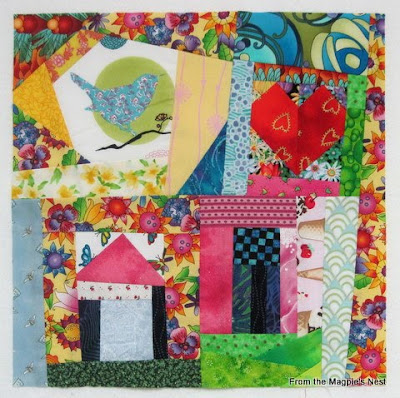 Ta daa! The bird is printed on a larger scrap that I received in a swap. This little top was more fun to make and makes me happier than any of the previous efforts. My first instinct is to hand quilt and embellish it but I'm afraid I don't have time to accomplish that before the shipping deadline. So under Phoebe's needle it will go (Phoebe is my Pfaff sewing machine). I suspect I will quilt it the same way I pieced it: by the seat of my pants. That seems to be how I roll! ;- )
Posted by Magpie Sue at 11:57 AM