So I sat down this morning with a new plan for building houses, heavily influenced by Gwen & Freddy. I played in my scraps rather than with the fabrics I've set aside to use for the Birds challenge. I'm much happier with this effort. We'll see how things develop between now and the final quilt! 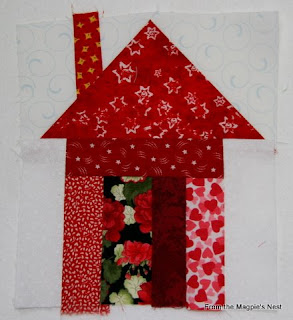 This has been a challenging week, and not just because of the Birds of a Feather challenge. It seems like I've had a toxic exposure every single day. Sometimes I can recover later that same day, but more often it's the next day before I feel like myself again. It gets to be a vicious cycle when you suffer one exposure after another. I spent a lot of time being a zombie, not getting anything done. Finally I just had to sew something, anything. 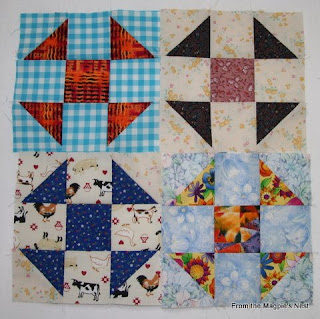 Thank goodness I had all those scrap patches I'd cut a while back. It was amazing how much trouble I had getting simple Shoo Fly blocks assembled though. My mind just refuses to function after certain exposures. All week my sons have been making fun of me for the odd things that have come out of my mouth. It's a real struggle to put together a coherent sentence sometimes. 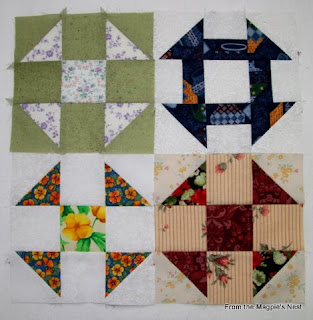 We're in for some hot weather over this Fourth of July weekend. That means closed windows and/or reactions to the smoke from firecrackers and backyard grills. I only say this to let you know I may not be posting (or reading other blogs) for a few days. On the other hand, I may be surprised at how well my body copes and make more progress than I expect. One can only hope. In the meantime, I hope my fellow citizens enjoy their Fourth of July and keep in mind the reason we celebrate and those who've given so much to make it possible for us to enjoy our freedoms.