All the embroidery I've been doing lately as been done with needles out of a package of assorted sizes. I've learned that the largest and the finest ones are not generally useful for the work I'm doing. It took some effort, but I finally figured out the size of the needle I prefer. Of course there's a limited number of that size in the package. When you've got four projects going at once and you misplace a needle what are you going to do? Buy more needles of course. And I wanted to get a packet of needles all the same size, not another assortment.

My go-to online retailer these days is Amazon.com. I wasn't confident they would have the needles I wanted but to my surprise and delight they did. :D There were a couple of books on my radar so I ordered them at the same time. I didn't really expect all three items to be shipped in the same package - that would have been too efficient. What I did not anticipate was that all three items would be packed and shipped separately, from the same location (as far as I know) and on the same day. Each book was in its' own padded envelope. In my mind that would have made sense for the needles as well. However, this is how the package of needles was shipped: 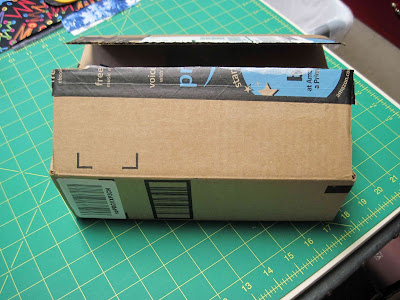 For reference, this is the box known as A1. 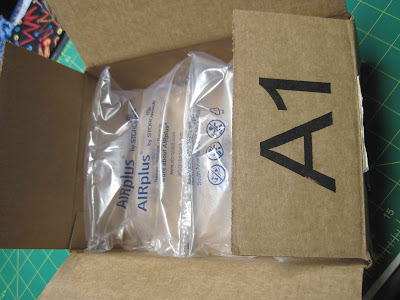 It's a good thing I knew what to look for in the box! 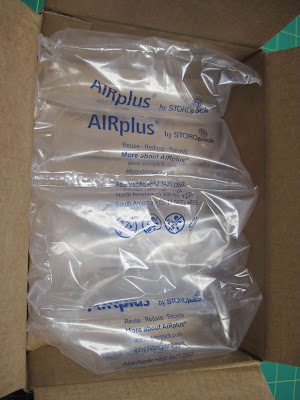 Not only were they under the air pillows, they'd slid under the flap on the bottom of the box. 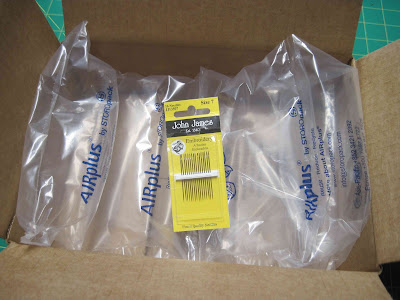 Now I can start yet another project without fear of being short a needle. But why the needles couldn't have been slipped in with one of the books I doubt I will ever understand.