Working Under the Influence

Apparently there's a respiratory bug going around. My son was so kind as to bring it home with him. At first I thought I would be able to avoid succumbing. Wrong! And what have I learned since then? One shouldn't make color decisions under the influence of a cold.

I was desperate to do something fun, in spite of having to blow my nose every ten seconds. I had background patches already cut for the rest of my batik and hand-dye sawtooth stars so I figured it would be simple enough to fill them in. It was fun while I was making them but the next day there were a couple that sort of stuck out in a bad way. 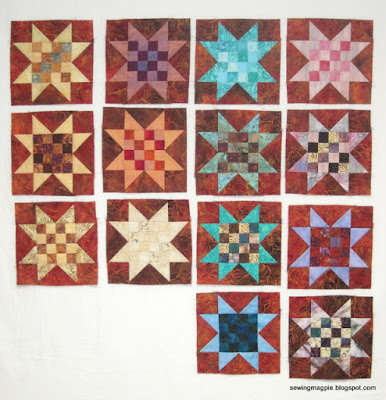 Can you pick out the ones I have issues with?

This is the worst offender: 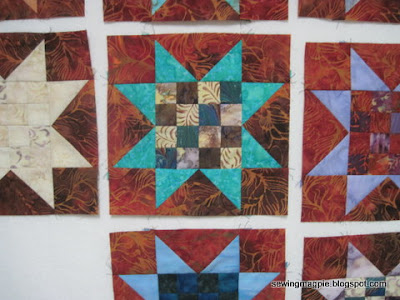 It may not be obvious in the picture but the star points are too much brighter than the center for my taste. Fortunately I have enough of the brown batik leftover to make a few more blocks if I want to. Don't you think the new blue and purple star looks better? 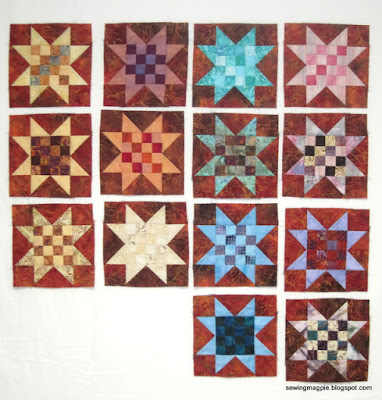 Now the question is whether I can live with the one in the lower right corner. I think I can, but I'll wait to see how it looks with the other blocks...