So here's my finished journal quilt for the month of July: 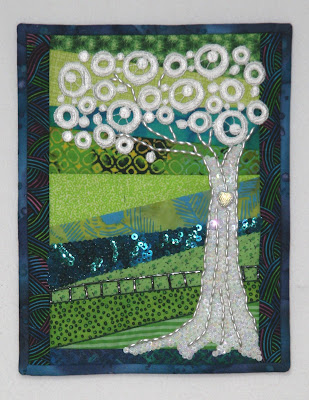 I'm very pleased with the way it turned out.

And here's what my journal quilt for August looks like at the moment: 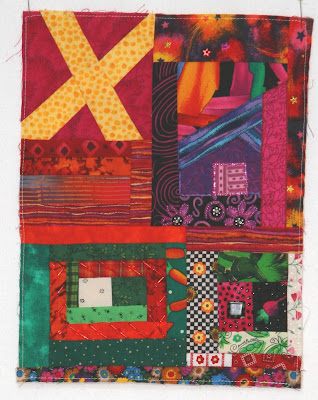 Could it be more crooked?!

I have actually taken several interim shots but because of the difficulties in posting they now seem obsolete. In fact, I had a set of three buttons on the lower right-hand side where there are now a series of sequin flowers. The buttons were just too obtrusive. They were "stealing the show:" 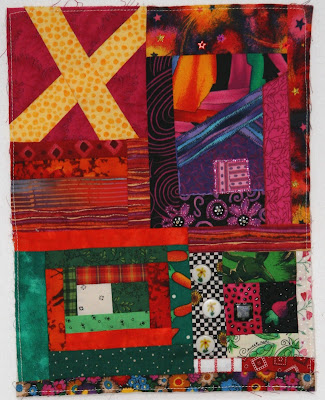 So I took them off and replaced them with the sequins.

If you'll go back up and look at the more recent photo you may also notice that I have bead embellished the orange strips of the left-hand log cabin block. (It's pretty hard to see.) I've decided that those beads represent the stump fences so common in the area where our summer cottage was. I know the sun will also be beaded; I'm thinking of leaving the water of the lake untouched. Part of me wants to also bead the print over the house that reminds me of the aurora borealis I saw in the sky one summer night. But that might be too much!

DD is still not-so-patiently waiting to deliver her second daughter. She was so hoping to have an August baby! Instead she may very well end up being one of those mothers who ends up in labor on Labor Day. (The idea does not amuse her.)