It's That Time Again

Time for a new Halloween quilt! 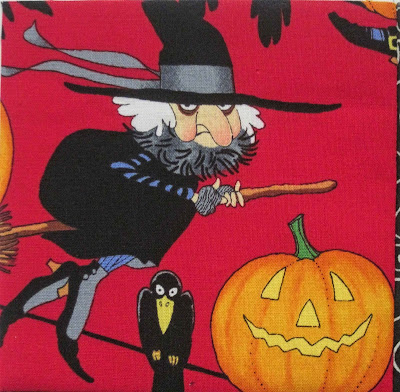 And it's about time I found a way to use this wonderful print from Alexander Henry. The selvedge had the year 2006 on it. It's kind of a large scale print. I could never figure out how to use it to showcase the witches. Disappearing 9 Patch to the rescue! 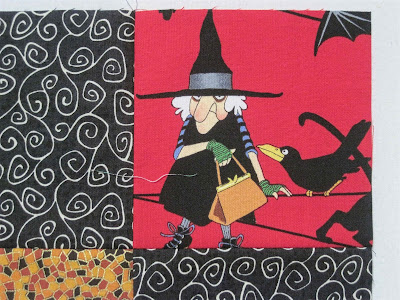 Five inch (raw) squares seemed ideal for fussy cutting my ladies. I had some leftover squares from the last Halloween D9P I made (a more juvenile version that I donated to Foster Care) and plenty of other appropriate prints. I cut patches for twenty 9 Patch blocks. 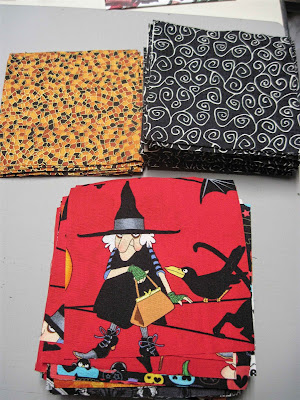 That orange has been around since the early days of my stash. Time to use it up. (Well past time actually.) I figured this project would provide me with some rather mindless sewing. Unfortunately, I sewed a bit too mindlessly during the first sewing session.

This is how the blocks were supposed to be assembled: 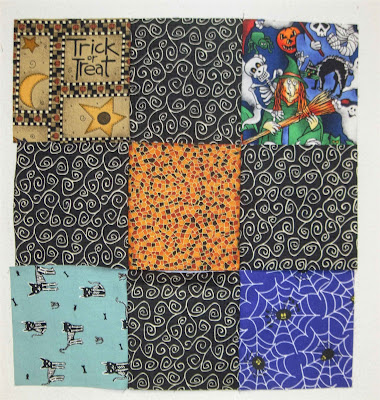 But this is what I did: 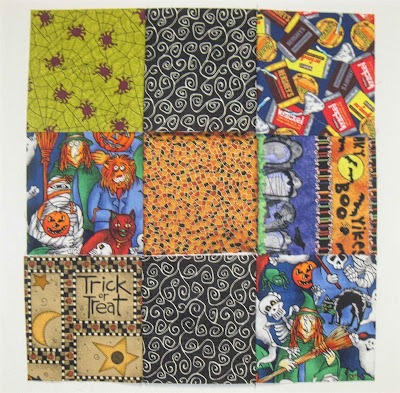 Used up all the orange patches and most of the focal print patches. Couldn't figure out why there were so many black patches leftover. Checked my math; it was the right number of patches for each facet of the 9 Patch blocks. What did I do wrong?

Eventually I realized my mistake. I'd sewn focal patches where black patches were meant to go. So there was a lengthy bit of reverse sewing before I could continue.

As of this morning I have the 20 blocks assembled. The next step will be to cut them into quarters. 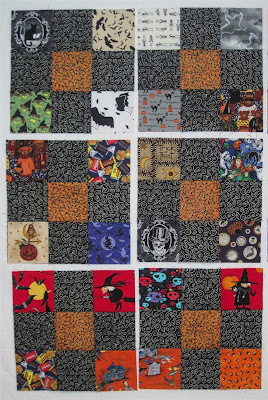 I think it will be a day or two before I tackle that step, just to be on the safe side. 😉