It's Halloween here in the States. I don't go in for the horror aspect of the holiday but regular visitors to The Magpie's Nest will know that I enjoy the macabre. A couple of years ago when it became apparent that handing out treats at the door wasn't worth the risk involved to my health I chose to make up for that deprivation by leaving my more favorite decorations out all year round. To that end I created this display in a hallway: 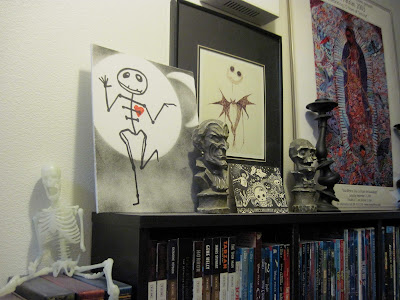 I also have this photo of our second granddaughter from when she was about three years old: 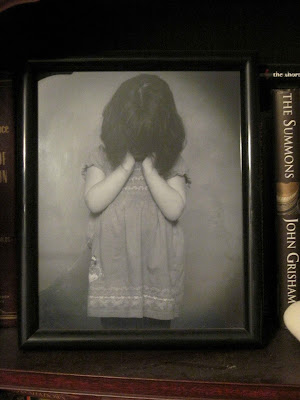 No surprise then that we're big fans of Tim Burton's animated movies and Dia de Muertos! 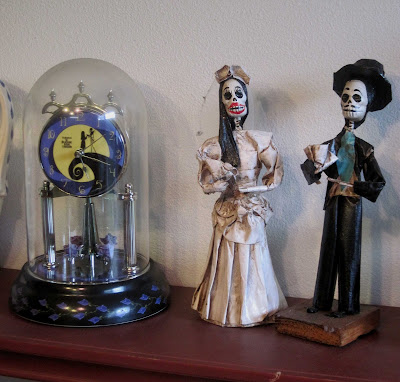 On a quilt-y note, here are some of the blocks I've already sewn up as a result of having cut remnants into patches. 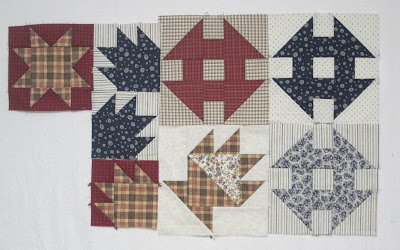 Rather than color (as in the Rainbow Scrap Challenge) I've been focusing on prints that could pass as reproductions of 19th century fabrics, which helped made the decision about block patterns easier. I don't know how long I'll be able to keep this palette going but at least it's a place to start. I've moved some things around, emptying boxes that now corral the patches I've cut and haven't used yet. It's all a process, and will continue as long as it's effective!