First of all, let me show you the finished flimsy for Debra's Smokin' Hot Quilt Challenge (see previous post): 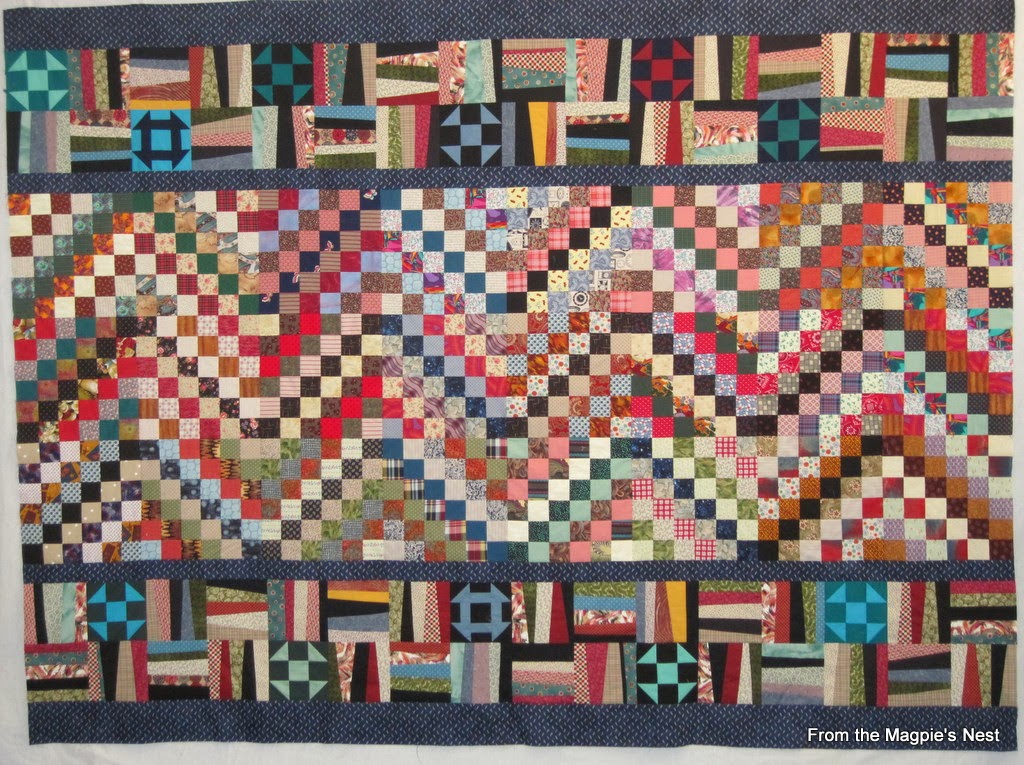 The photo's a tad off kilter. Trust me, it was the photographer, not the quilt! There's a straight picture in my husband's camera. ;- ) Hopefully when you double click on the photo you'll get a bigger image. I'm pretty happy with the end product, especially given that I had to design it in quarters. I really like the fact that the Scrappy Trip section will fill the top of the bed and the borders will fall on either side.

There are no other major quilt projects on the docket at the moment so the next day I took the opportunity to make our kitchen a couple of new potholders: 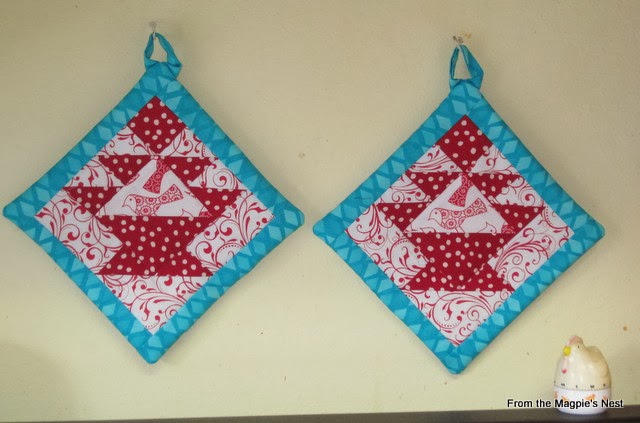 Over the years I've made seasonal pairs. For some time I've felt I needed something cheerful to follow the Christmas potholders. The next holiday set I have are Easter themed, and then I have some I put up for the summer months. Now I feel like I have the whole year covered - although I'll probably always make at least one new pair every year, just because.

Now to backtrack a little, I began work on my January bead journal project a few weeks ago. I'm not going to share that story at this time. Suffice to say that I was thinking about using some yarn I have to make a tassel for my BJP. It was a skein I no doubt bought from a clearance bin at some point. I might have cut a bit off to use in another project but essentially the ball was untouched. However, it had been bounced around in my yarn drawer for some time. When I pulled it out it had become more of a tangle than a ball of yarn. I've spent the last three days untangling that mess and winding the strands onto cards to keep them from becoming such a mess again. 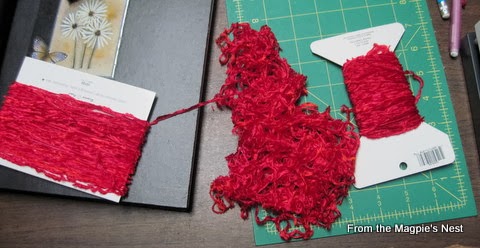 Imagine the rat's nest in the middle of the picture above as three times larger than it appears. That might be an accurate reflection of the job I faced. I tried very hard not to break or have to cut the thread but inevitably it had to be done. Oddly enough, when I did cut it I ended up with three loose ends not two or four! It wasn't until late yesterday that I found the other end of one of those strands and was able to connect two of the four.

This is what that one skein of yarn turned into: 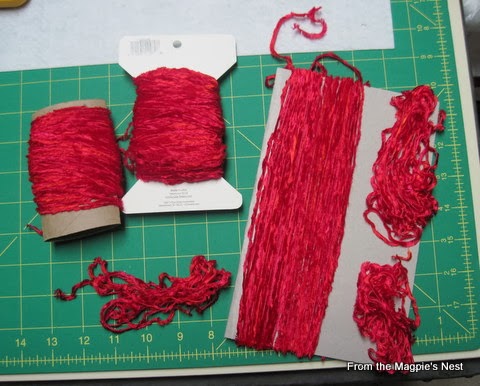 And I'm not even sure I'm going to use it for the tassel after all. Although after all this I almost have to just because it has become so much a part of my experience of this January!
Posted by Magpie Sue at 3:07 PM