I have been struggling with migraines the last few days. I feel like I'm falling behind with the few online commitments I've made but it can't be helped. I have finished my January BJP and will post it later, when I feel better. I haven't posted the fabrics I've chosen for my tea towel challenge, mostly because I won't be using much more than two towels. Again, I'll post in more detail another time. For now let me just share how I've been coping with the headaches.

Those who have been with me for the last few years of this blog will know that once I learned about Gwen Marston and Freddy Moran's creation and use of a Parts Department for their collaborative quilts I have dedicated a drawer in my studio for my very own Parts Department. Cutting scraps into patches at the end of big quilt projects makes it possible for me to sit down and piece blocks without having to think much about what I'm doing. Perfect for those days when my brain is otherwise occupied, like with a migraine. Mostly I use them to make six inch Shoo-fly blocks: 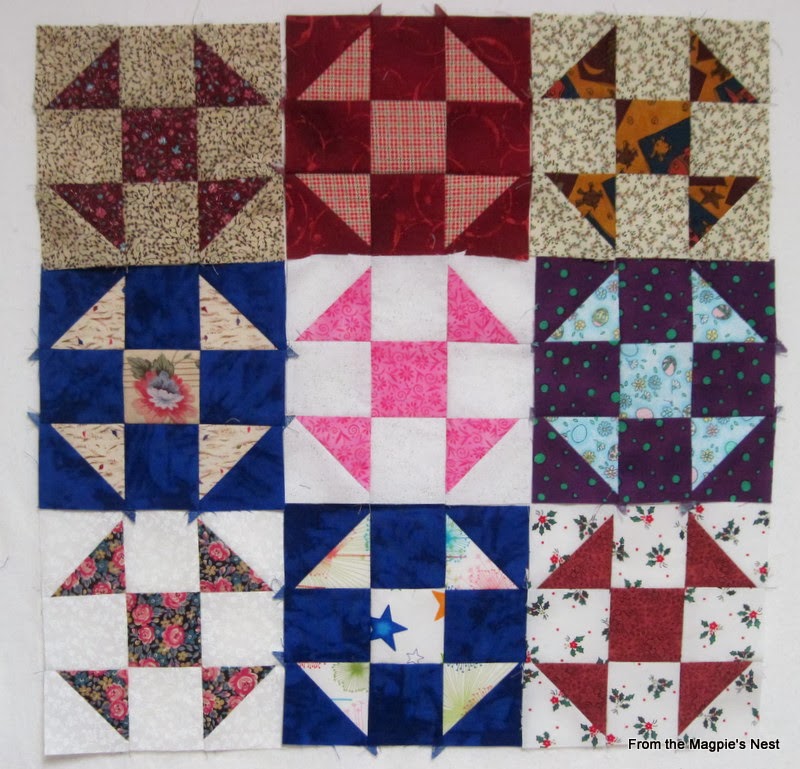 Occasionally the scraps are better for a Bow Tie or Hole in the Barn Door block: 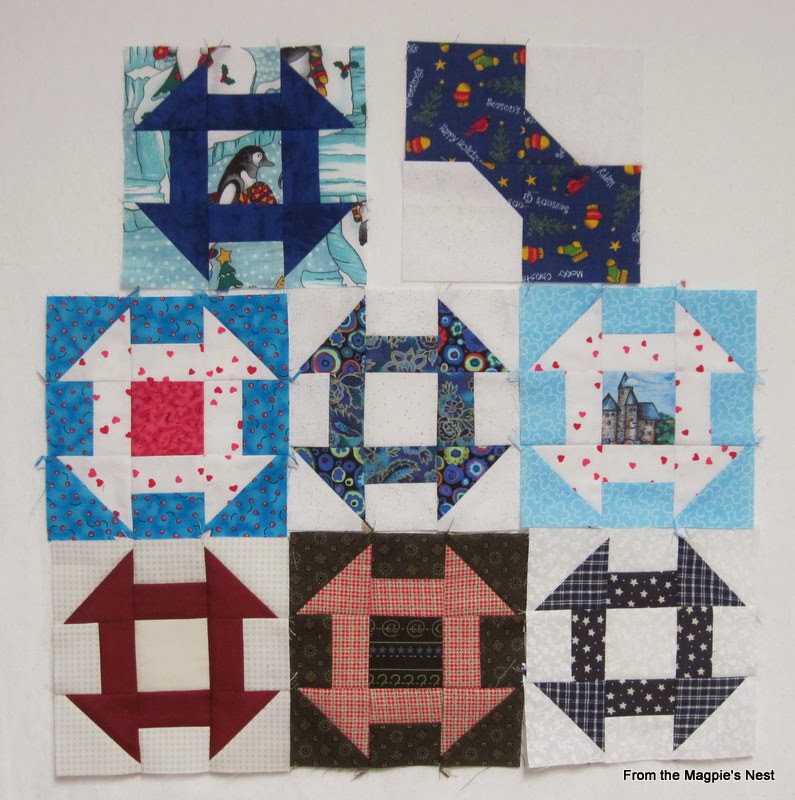 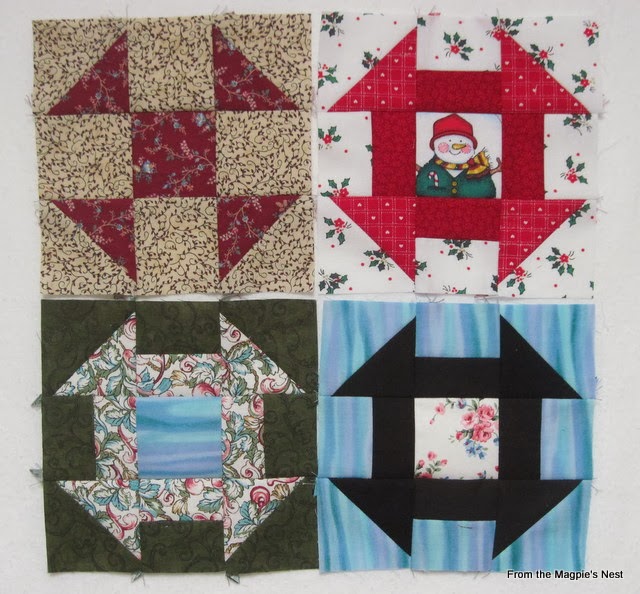 The other night I picked up Gwen Marston's Liberated Medallion Quilts again. Rereading parts of that inspired me to try adding another element to my own Parts Department, three inch (finished) hourglass units: 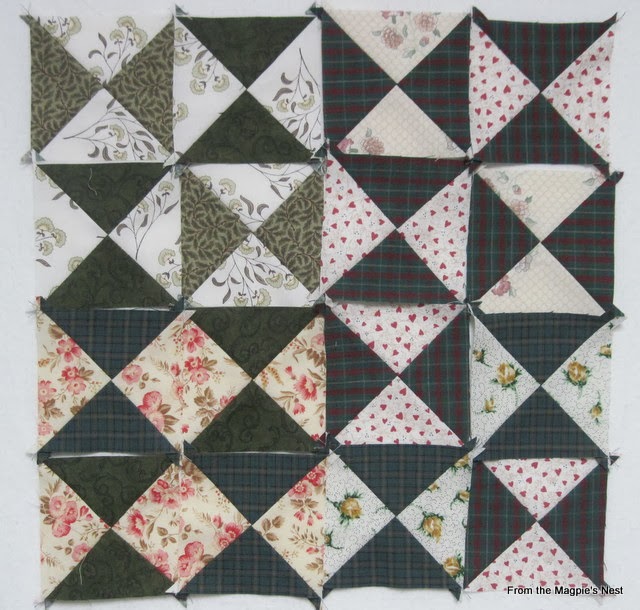 I've used them a few times before but had never really 'taken' to making them ahead of time. This time I realized that by cutting 4.25" squares from scraps I can make hourglass units that can easily be combined with six inch blocks. Or be made into 6" blocks themselves! Mostly I was thinking about using them as borders.

When I'm cutting my remnants and scraps into strips and patches for future use I've found 3.5" squares is about as big as I'm willing to cut (or their complementary half-square triangle patches). Sometimes I'll cut 4.5" squares when I can fussy cut an image or get enough to make the background of a 12" blocks. That's rare though. These 4.25" squares are turning out to be very effective for using up some of the larger scraps in a hurry and in a way that suits the way I work. One more tool for my toolbox. :- )