One of my brothers, who I rarely hear from, called early in the week to inform me that our father had fallen down a flight of stairs and broken his arm. This was not just a simple stumble and fall either. He was moving a table, by himself, up or down those stairs. Apparently he damaged the shoulder socket and had to have surgery to repair it. Turns out he also has hairline fractures in his pelvis. The most recent report is that he's well but he's going to be laid up for several weeks. I pity his caretakers. He has never been a patient person and needs to be engaged in some activity most of the time. Meanwhile his wife (not my mother; she passed away several years ago) is having to be moved into a care facility. Fortunately her daughters are nearby and can help a lot with those arrangements.

The next call I had was from my sister, informing me that our one remaining maternal aunt had been hospitalized with bacterial meningitis. Less than 24 hours later she had passed away. This is a real blow to my sister who lives close to this aunt and was more like a daughter to her than a niece. Well, it's just plain hard anyway because she was the liveliest of the three sisters and the last one surviving. She would have liked this pillowcase I put together yesterday: 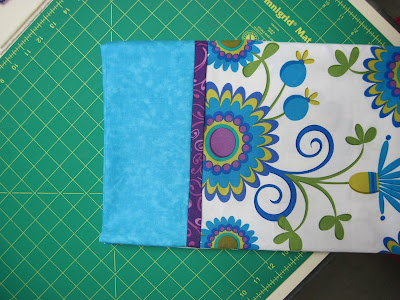 I made this pair as well, out of yardage I purchased some time ago. 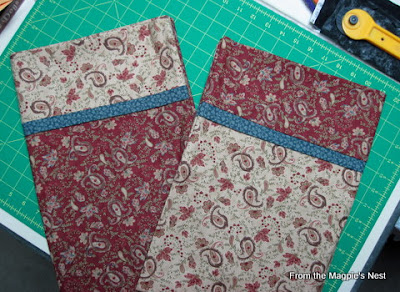 They will complement the flannel Lincoln Logs friendship quilt that will soon be on my bed for the winter months. They may even work with the Pioneer Medallion quilt I've been working on ever so slowly. In fact, I wonder if I have enough scraps from the pillowcases to make the last Spinner block I need? 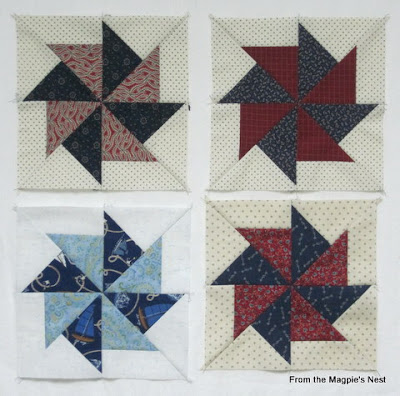