I'm still here, I've just been doing a lot of non-blog reading lately. Guess it was time for a break. I've been enjoying the Percy Jackson series by Rick Riordan, more of Georgette Heyer's historical ficiton, fantasy by Patricia McKillip, and Gail Carrieger's debut novel which combines history, fantasy and farce. Can you tell that the real world holds little allure for me? ;- ) Oh, and just let me add that Gail's bio on the back of the book is the most original and refreshing I've read in a long time.

I sewed up those pillowcases for Operation Pillowcase. That "burrito" method for making pillowcases really makes the job quick. I also chose to eliminate the trim piece just to make things that much easier on myself. Here are the first two: 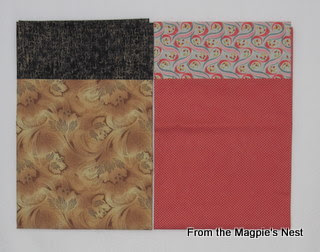 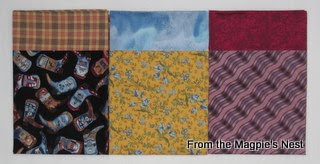 Those cowboy boots have state names incorporated into their decorations, all different states, not just one. Yesterday I went to the thrift shop - because that's a safer environment for me than the discount chain stores - and scored four decks of playing cards to include with the pillowcases. All I have to do now is get DH or someone to take my box of goodies to the Post Office.

Because I've been reading, not stitching, my March ornament for the Bead Journal Project is still more of an idea than a reality. And now I'm thinking I may put that idea off to execute for April's ornament instead. Thursday night I watched the latest episode of Project Runway and was struck by Anthony's parting comment. He said something to the effect of "You don't have to have a crown to be a queen." Coming from him there was a bit of a double-entendre there but the truth behind the message struck home for me. It epitomizes the very attitude I didn't get enough of during my formative years (and wasn't born with). So now I'm thinking that I'll stitch up some sort of reminder of that thought for myself. Or maybe I'll stitch the quote itself. I'm definitely ready to work with beads over large pieces of fabric, and to sew with my hands rather than my sewing machine.
Posted by Magpie Sue at 9:50 AM