That was an unexpected, unplanned break from blogging I just had. I'm happy to report that I've been busy while I've been silent though, not merely ill. There were bad days to be sure, but the past several days have been very productive. 😁 Just yesterday I finished up the binding on this baby quilt: 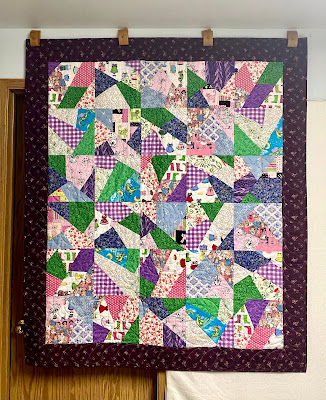 Everything in the body of the quilt was from my stash, some of it old enough to be considered vintage. But the border and binding print is brand spanking new. It's from the current Anne of Green Gables line. Of all the prints in that line this particular floral is my absolute favorite. I couldn't say just why, although that lovely deep eggplant color is one reason. This quilt is about 50" x 60." 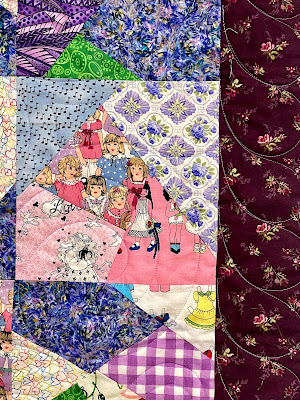 The blocks are quilted in large swirls, with the half feather in the borders.

I've also completed the binding on this baby quilt that I think you may have seen as a flimsy recently. 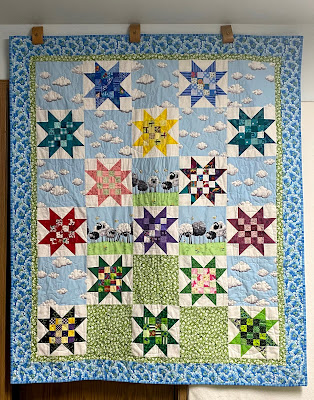 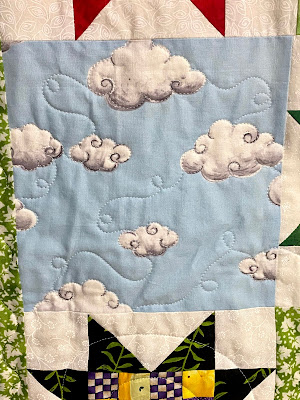 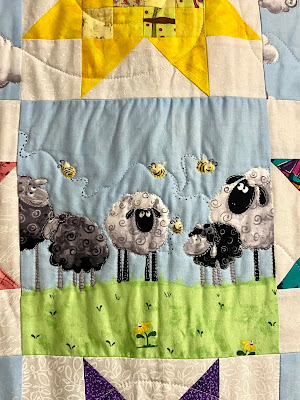 The star blocks have a large, simple swirl through them.

The scrappy Hole in the Barn Doors quilt has also been quilted and bound. 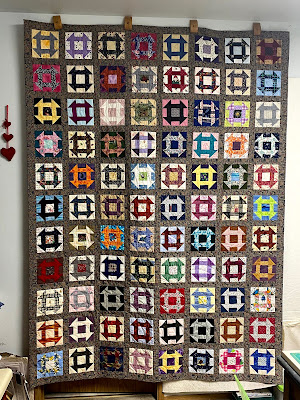 I wasn't thrilled with the paisley print that I used for the sashing, borders, and binding but I really love the way the quilt turned out overall. I'm going to be sad to part with this one!

James created a stencil so he could quilt this in a Baptist fan type pattern. It shows up best on the back. 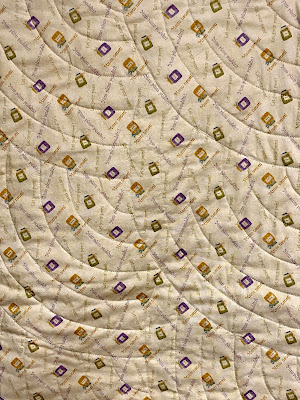 There are some fun novelty prints in this quilt. 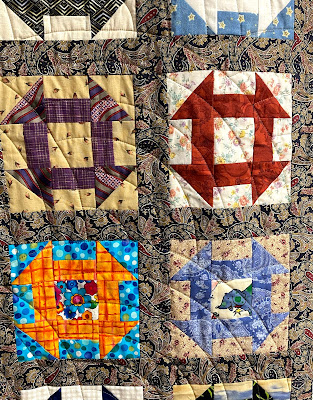 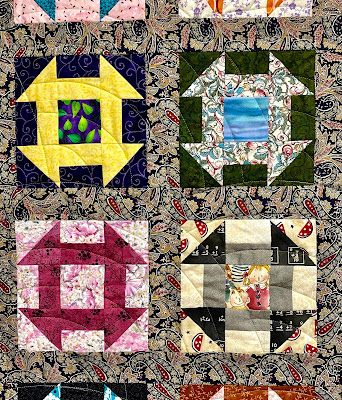 And now, inspired by how much I like those Barn Door blocks (really, can't we just call them Window blocks in this century? One of my favorite things to do is to put a fussy cut patch in the middle of those blocks, as if you're looking out of or into a window!) I have pulled out my friendship quilt columns from 2017 to see if I can finally turn them into a quilt. Here's the only picture I can find of what I'd done with those blocks at that point: 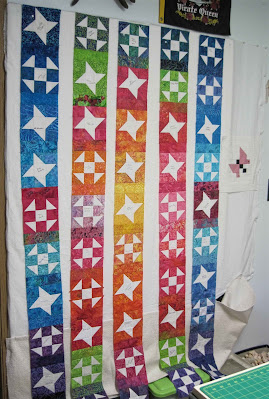 I remember that at the time I was aiming for a vertical format strip quilt, alternating columns of the friendship blocks and these batiks: 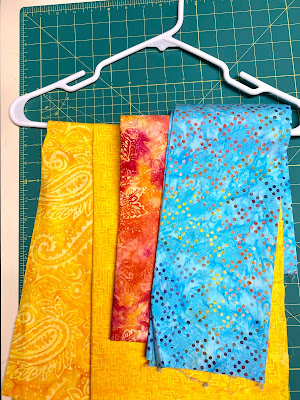 The problem is that my notes are not clear, much less specific, about what I had planned for those alternate columns. So I have gone into the Parts Dept. to see what I might have that I could use. There are batik Window blocks (as well as others), some of which used the same fabrics that are in the friendship blocks. The first columns will finish at 6" wide. If I make four more columns also 6" wide I will have 54" altogether. A simple three inch border all the way around will give me the 60 x 80" dimensions I find so useful. 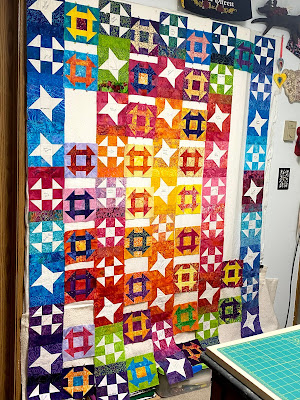 I do remember working to arrange the lighter/brighter blocks toward the center of the columns and the darker ones to the perimeters so I will probably carry on with that plan as I fill in with the scrappy Window blocks. I may or may not stagger the placement of the Window blocks relative to the friendship blocks but that's where I'm starting. All I need now is to sustain my energy and well being so I can carry on!