Up in the Air

I've finally put the border on Return of the Swans to bring it up to official twin size. 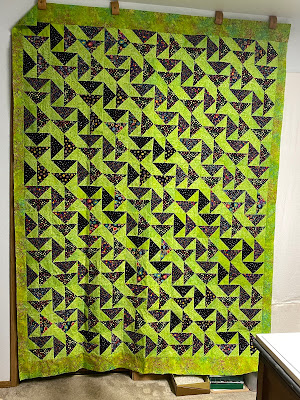 The green is not as close a match as I hoped/expected but it will do. I thought I would back this with a black tone on tone but couldn't find anything I liked well enough for the money I was willing to spend. Settled on a very nice purple instead. If I have enough of the lime greens for the binding it will look spectacular against the purple. 😁

I've started another set of blocks out of older prints from my stash too. 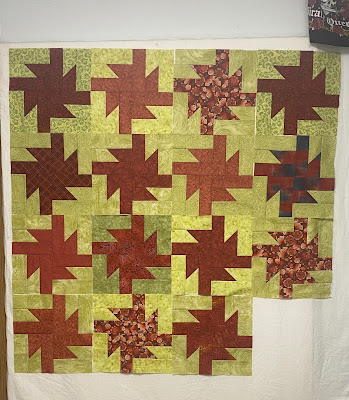 These are twelve inch Tessellating Stars, a popular block for friendship requests in my local quilt guild. It was just such an request that inspired this new endeavor. Of course, now that I've committed to this color palette it's looking like I won't have enough of that particular green for 30 blocks. I'll figure something out - eventually.

More scrap blocks are being created between seams. I might be building a new quilt out of the Parts Dept. soon. 😉