Bee, Myself and I in July

This post celebrates a finish for probably my oldest UFO. 😀
I'm pretty sure it was within a year after our move to Washington that I took a class with a fellow guild member. She called it Crazy Log Cabins. She demonstrated the process and we made a few blocks during class time. It was simple enough so that we could continue on our own. Well, our three children were still in elementary school back then and my sewing "room" was on a wall of our bedroom. There wasn't a lot of time or energy for making more blocks until several years later. 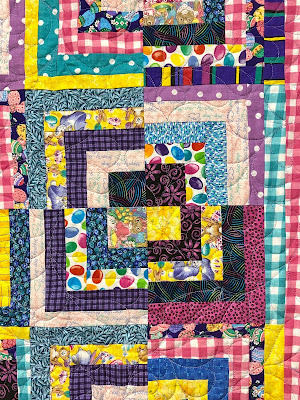 I don't remember when I made the rest of the blocks for this small quilt or when I finally decided what to do about borders and finishing. There may be notes in one of my old sketchbooks but I doubt I could find them without spending a lot of time looking. 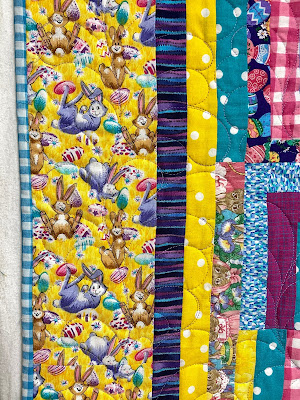 Suffice to say that close to 25 years have elapsed between the beginning of this quilt and it's completion. Ta daa! 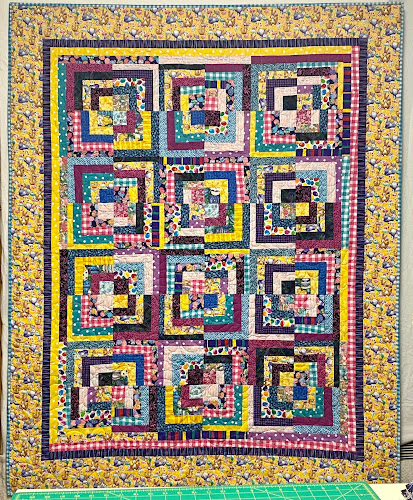 The finished quilt measures roughly 48" wide by 60" long. I've thought several times about donating this or even giving it to a grandchild but I've decided I'm keeping it for myself. Thus, Bee, Myself and I (which you can read about over on Carla's blog, Granny Maud's Girl). 😊 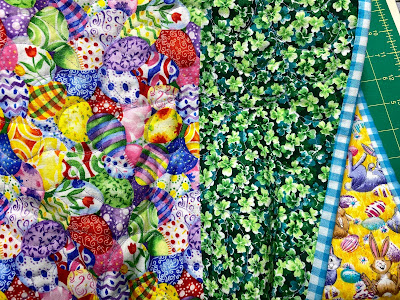 It's so cheerful it may not even be restricted to couch duty only in the springtime!
Posted by Magpie Sue at 5:19 PM