Spring in the Garden

I mentioned another baby quilt I was working on behind the scenes. I'm calling it Spring in the Garden for what I hope you will see are obvious reasons. This will be going to the Little Lambs Foundation in conjunction with the Hands2Help quilt drive this year.

It began with a handful of scrappy Shoofly blocks from my Parts Department that all had green background patches. 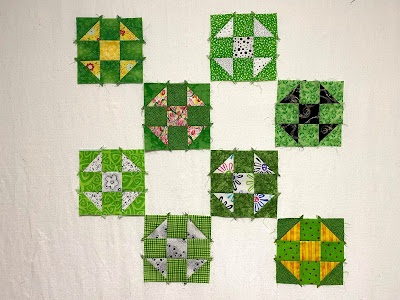 Then I found a set of fussy-cut frogs, also on a green ground! 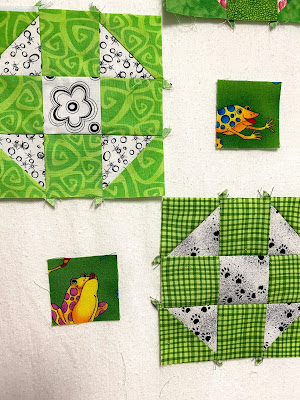 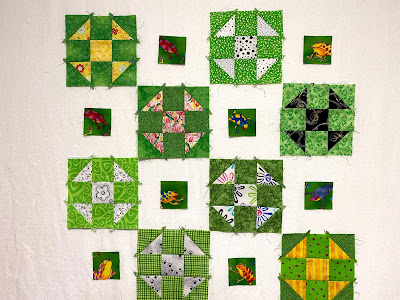 I decided to frame them up Courthouse Steps style with more greens to use them as alternate blocks between the Shooflies. 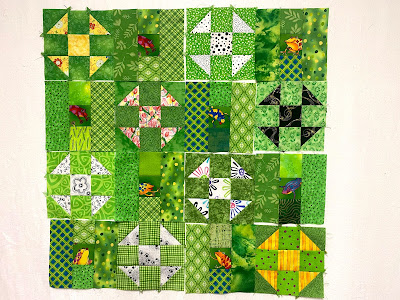 That gave me a 24" medallion once I'd sewn them together. I had a wide border stripe print that was just big enough to allow me to frame the medallion. 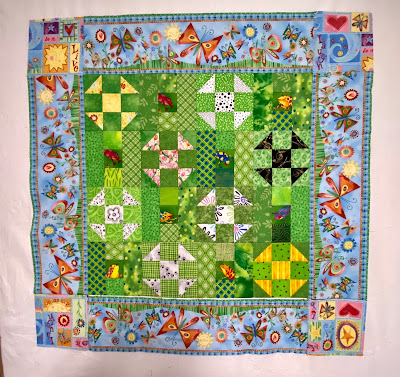 I have a companion print from which I was able to fussy cut the cornerstones. Then it sat for a couple of days while I tried to figure out what to do next and recovered from a toxic exposure.

I had to audition quite a range of prints before I settled on an orange polka dot for a narrow inner border. 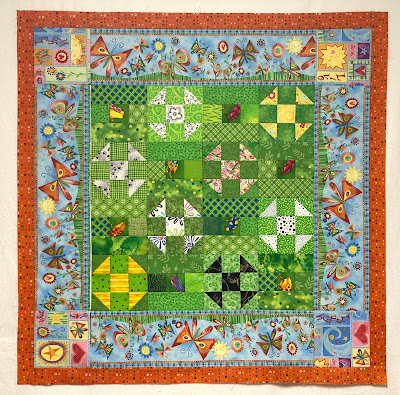 Once I had that in place I almost wished I'd made it wider and left it for the final outer border. I wanted the quilt to be bigger though so another round of auditions was held, no easier or quicker than the first. Finally I settled on a sort of tropical print, mostly because it had the right colors in it. 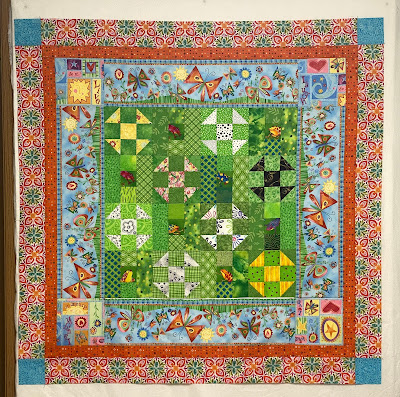 This will finish at about 45" square. Here's a close up shot for a better look: 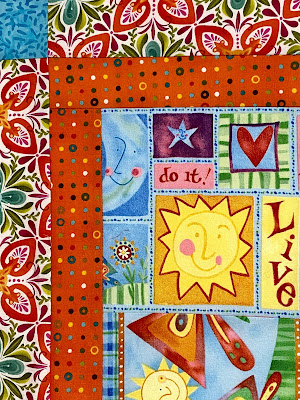 Not that the colors in the picture are true to life but you get the idea.

I've already made the back for it too! The turquoise is a simple hibiscus print and the black and white is a large leafy print. 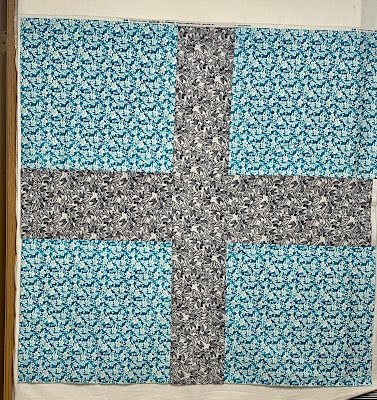