Scrap Happy Day is hosted by Kate and Gun on the 15th of each month. Gun's in Sweden, Kate's in Australia, and the rest of us are somewhere inbetween. 😉This began as a way to show how we've used our quilt making scraps but has expanded to include other makers and other materials. There's a whole world of possibilities out there!

I thought I'd only have a few blocks to share this time around. These will be added to my Parts Department to be incorporated into one or more quilts in the future. 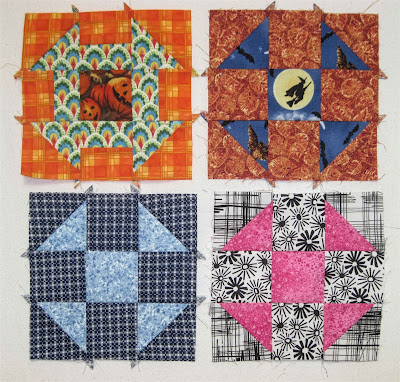 I assemble these blocks between sewing the seams of other projects. It's an ongoing leader/ender project. 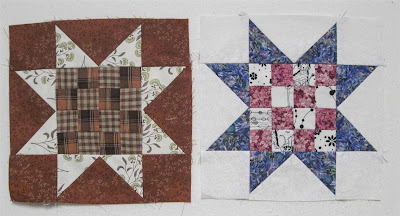 We've had some pretty poor air quality lately. When it's hard to think due to toxic exposures sometimes I will put together a postage stamp block or two using the 1.5" squares I've cut from scraps. In addition to the stars above I have another baker's dozen postage stamp units waiting to be turned into stars (or something else I suppose, but most likely stars). They will also go into the Parts Dept. for future use.

Then it dawned on me that one of the quilts I'm working on at the moment is technically a scrap project. These 10" Wrench blocks were made from larger pieces of yardage I've had forever (although the background fabric is new yardage). 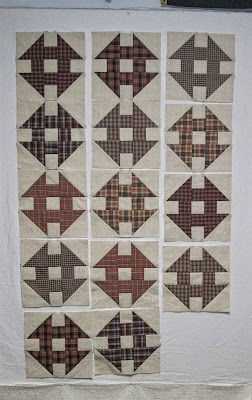 The quilt plan I've devised calls for sashing these into columns of seven blocks each. There will be four of those columns. They will be separated by three columns of six inch blocks and the whole thing will eventually be surrounded by a whole-cloth border. That may have to be purchased, we'll see. In the meantime, of the options I considered for those alternate columns I finally decided to use up more of the plaids from the Wrench blocks by cutting them up into 2.5" squares for checkerboard columns. 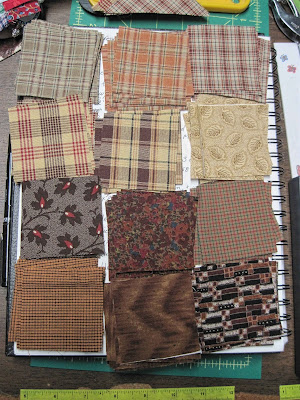 I've thrown in some brown squares I found in my scrap boxes. I've also made a few of the Shoo-fly blocks I typically make from scraps. 😊 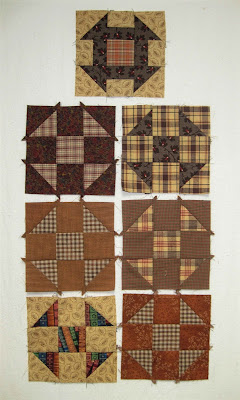 I know I've used up at least two plaids with this project, maybe more. I'm doing much better than I thought!