My local quilt guild has a monthly block lottery in which I usually participate. Last month the call was for any size house block, any style or technique, but the house needed to be lime green and the sky black on white or white on black. I love the combination of lime green and black and white. I also love house blocks. I made three. 😁

One of the things I enjoy most is putting images in the doors and windows. 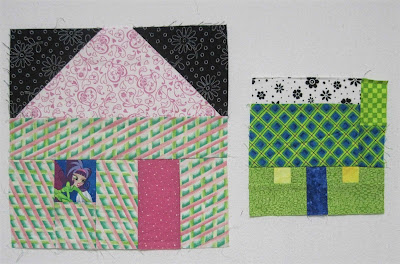 And of course I wouldn't resist adding a touch of Halloween. 😉 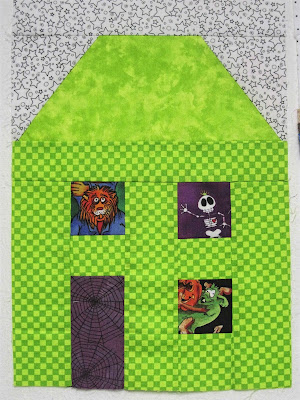 There weren't a lot of other blocks turned in this time but I won the lot! 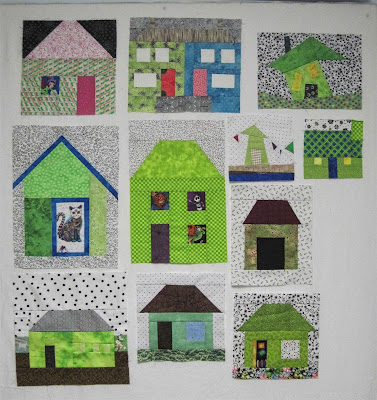 There are a couple of truly improv houses, which I love. And check out the duplex! 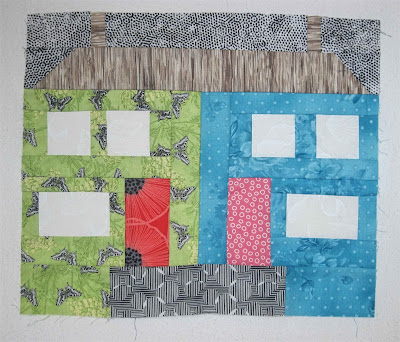 Someone else was thinking along the same lines I do: 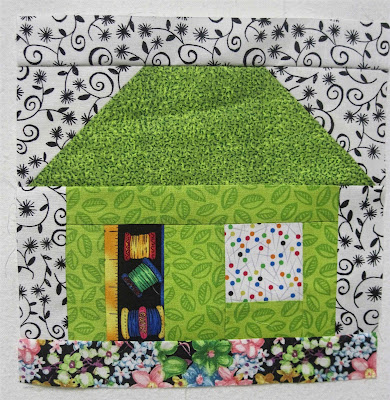 Apparently some of her spools of thread got away from her!

These will be a fun start to a new quilt for a child in foster care or a hospital setting. 💕

Meanwhile, I've entered two quilts in another guild's annual show and will probably put them both in the county fair a few weeks from now. I've officially declared this one a wall hanging. (I thought for a long time it would be a child's quilt.) Six of my F2F3 blocks helped to carry out the theme. It was a fun quilt to build.

After being on exhibit it will be donated to Hospice of the Northwest for their annual fundraising auction. Sine we live relatively near the coast I'm hoping some of the folks who live in the expensive houses oceanside will bid on this to have in their home.

This one is going to one of my granddaughters for her September birthday.

I'd really like to get a more official portrait of the finished product before then.

Scrap Happy Day is coming up on the 15th. I may not have a lot to share but there will be a few scrappy blocks at the very least. 😊See you then!