We had more haze than smoke around here this past week. It was still smoky haze though. That meant poor air quality, which meant I didn't get a lot done during the week. At least not until yesterday. But let's start at the beginning...

I think I was influenced by the orange tint to the haze when I picked the next caravan to embroider. I had a pretty good idea of who I wanted to make it for though. 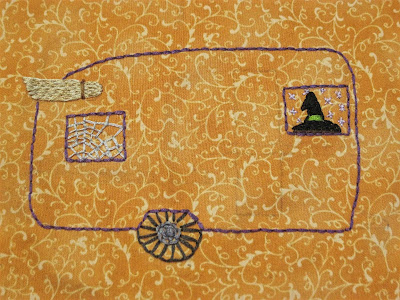 I began with the drawing of the vintage Shasta trailer. I had to lay low for a couple of days after I'd outlined it and put in the first details. That also gave me time to decide to ignore the line of the lightning bolt. 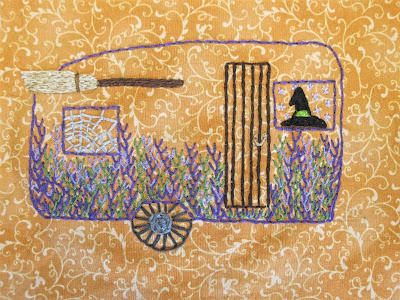 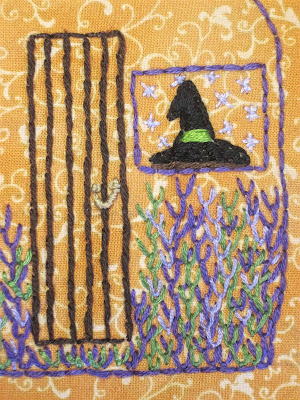 I made the handle on the door with two french knots and then short loop of wrapped floss. 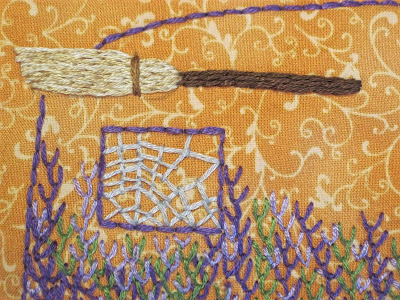 I free-styled the cobweb. Haven't decided yet whether to try to put in a spider. That window is only an inch wide and .75" high.

I need to add the trailer hitch and some shadowing under the caravan. Not sure there will be much more than that to do! Fortunately I've got ideas forming for another of the caravans. :- )

The wind is picking up even as I write this. That means the air should begin to clear out. The temperatures are predicted to be more normal in the coming week too. We might even get some rain tomorrow. That will help a lot. Here's to better days ahead!