I'm not sure I have anything to show, just thought I'd better check in. We've had some unusual activity around the house in the last week. Not all of it has caused me difficulties but there's been enough to keep me away from the computer. I do appreciate all the positive feedback I've received on recent posts. Thank you everyone. :- )

Saturday we had the cypress hedges that surround our back yard trimmed. I only wanted them shortened but most of them were made narrower as well. I hadn't realized they'd encroached on the walkway on the side of the house so much. Unfortunately, that meant the destruction of at least one nesting site that I'm aware of. Just sparrows, but I enjoy their company during the course of the day. They don't seem to have forsaken the bird bath I try to keep clean and filled for them so maybe they will find new nesting sites in the foliage that remains around the house.

There was a scraggly, weird conifer (I think) in the back corner of the lot too. The birds used that as a perch after bathing. Hubby had it removed because he knew I thought it was ugly. What he didn't realize was how the birds utilized that tree. Again, they will find somewhere else to preen after bathing but hubby felt bad enough to apologize with flowers. 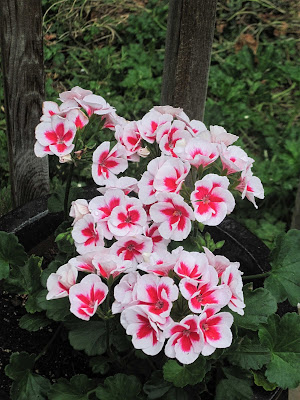 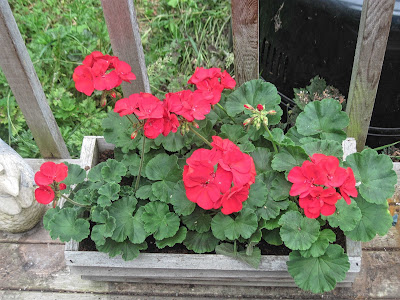 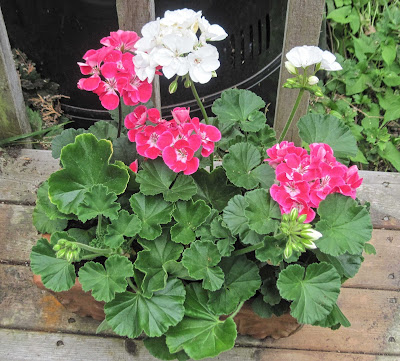 Granted, the nursery was having a sale in honor of the Fourth of July holiday but he was willing to buy even more had I wanted them. Sweet guy. :- )

I have been trying to move the scrappy crumb block medallion along. Progress has been slow however. I think I'm going to use that one for my Scrap Happy Day post on the 15th of this month. In the meantime, I spent some time sorting my 1.5" scrap strips - the shortest ones - by color in an effort to facilitate the creation of more postage stamp centers for sawtooth stars. 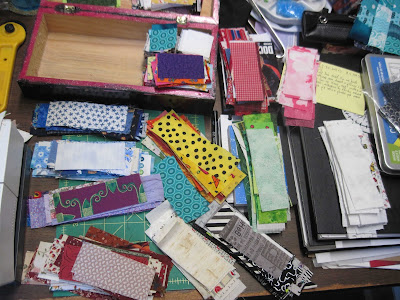 The Rainbow Scrap Challenge palette for July is hot pink with hits of lime green. We'll see how many stars I can create in those colors!