There's so much to catch up on here in The Magpie's Nest that I hardly know where to begin. My head is not fully in the game at the moment either. Let's see... how about a list?


The one item I can elaborate on a little bit right now is the F2F quilt. When we began our swap Miss May knew she might not see her blocks or be able to assemble them into a quilt. We didn't know it at the time but she is in the late stages of ovarian cancer. A drug trial did not have the desired benefits for her. The rest of the swappers have now taken it upon themselves to make their blocks for her immediately instead of waiting until her scheduled turn in May. They are being sent to me and I am sewing them together according to the plan Kate and Avis devised digitally. They also created a virtual quilt for Miss May so she can see what her quilt will look like. 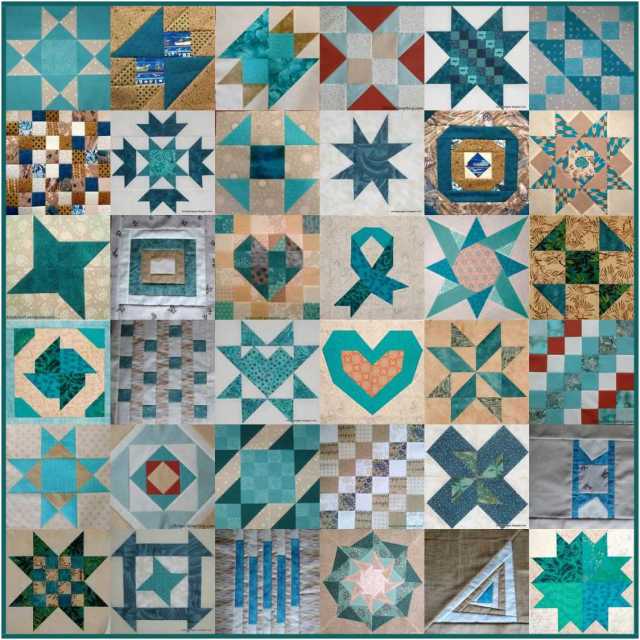 I have about half the blocks here in The Nest. I put them on my design wall this morning to show you the progress so far. 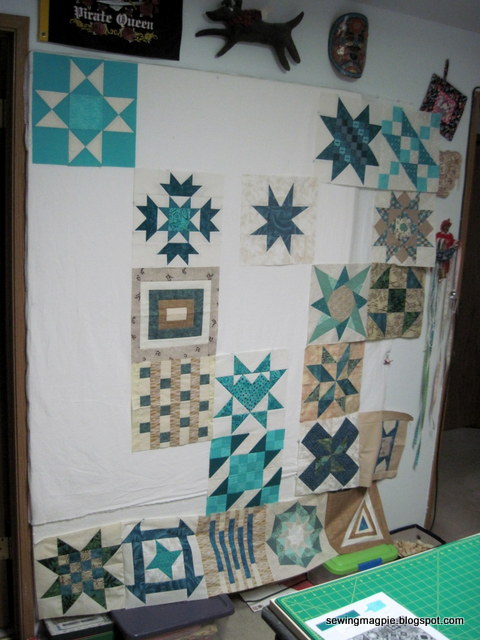 Once again the quilt will be larger than my design wall so what you see above is not entirely true to the design plan. Almost a whole column has been left out. Nevertheless, you can see that it's coming along nicely. I'm expecting blocks from Germany, France, the UK, and Australia any day now.

When this top has been assembled my son will do the quilting. Our hope is that we'll be able to get this done and shipped to Miss May before it's too late. Whether she has time to enjoy it or not, it will eventually be donated to the M.D. Anderson Ovarian Quilt Project to be auctioned off to raise monies for research into the screening for and treatment of ovarian cancer.

Speaking of the Foot Square Freestyle swap, I haven't been very good about posting the blocks I've been making for each month's participants. You can see all the blocks that have been made over the last seven months by all the participants by clicking on the highlighted phrase above and scrolling down.