Back to the Thirties

About a month ago I unearthed a set of Depression-era reproduction prints and blocks. This wasn't really a UFO, more like parts and scraps that had been abandoned and then ended up buried under newer projects. You know the drill. ;- )

Inspired by the Rainbow Scrap Challenge (to use up scraps) and Eleanor Burns' technique for making 9 Patch blocks in pairs (look for her book or TV show called Nine Patch Party) I very soon had enough blocks to begin creating a new quilt I decided to keep child-sized. To that end I began with this layout: 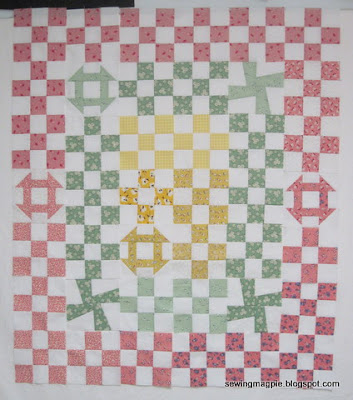 The pinwheel blocks sort of stood out in a distracting way. Next I tried this: 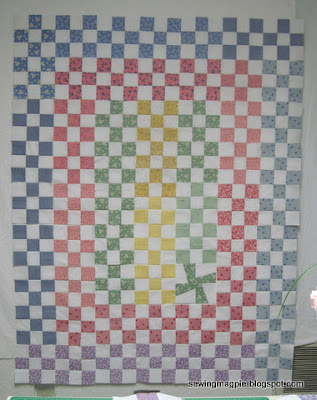 Interesting, but it left too many of the other pieced pattern blocks out of the plan. I considered using them for an outer border but thought I'd try a few more layouts first. Like this: 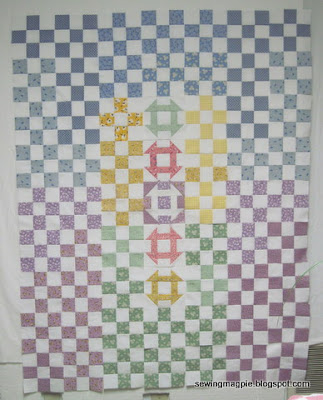 A distinct possibility. I couldn't resist playing with it some more though. I'll show you what happened next in the next post.  I promise not to make you wait too long!