So Much to Catch Up On!

Suffice to say that it's been a rough ten days or so. I have been able to get some sewing done however. My main focus has been to create a second quilt top using the blocks that were leftover from the top for the Smokin' Hot Quilt Challenge. There were 12 of the string blocks... 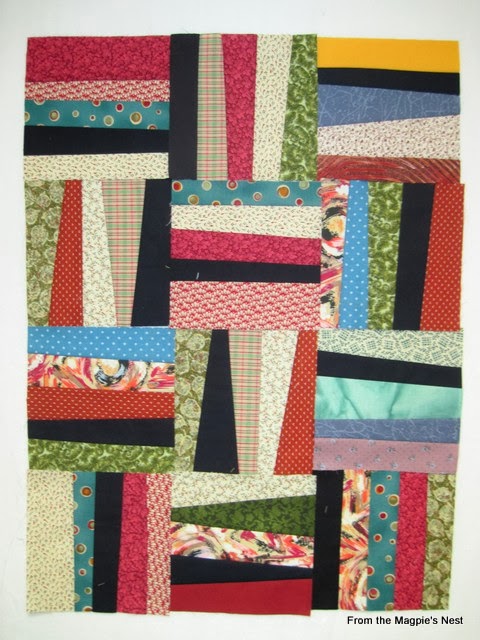 And I had just enough Amish style blocks on hand to go around the strings, thus echoing the look of the Smokin' Hot top (which you can see here). 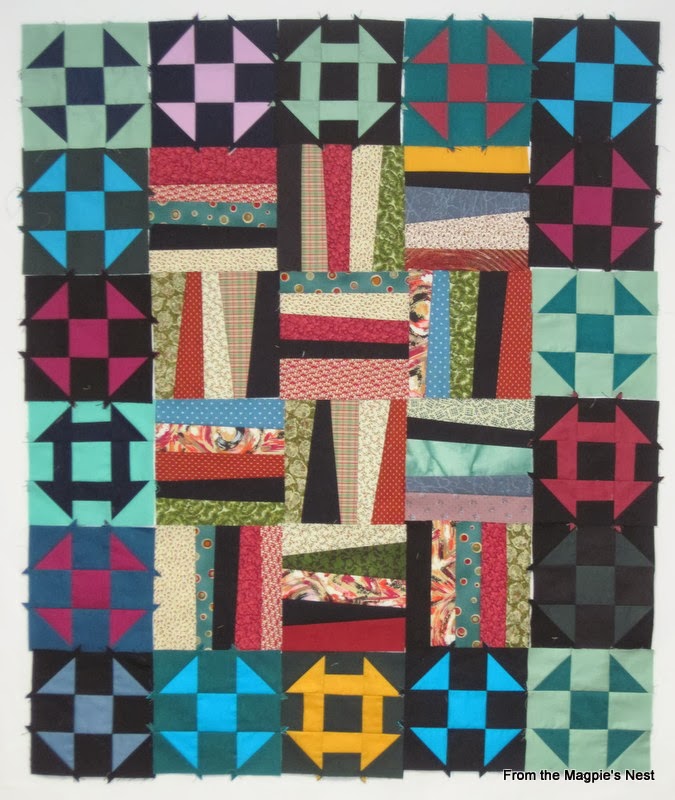 The first thing I did was to frame this composition with 2.5" strips. I'm not sure I was thinking clearly at that point. 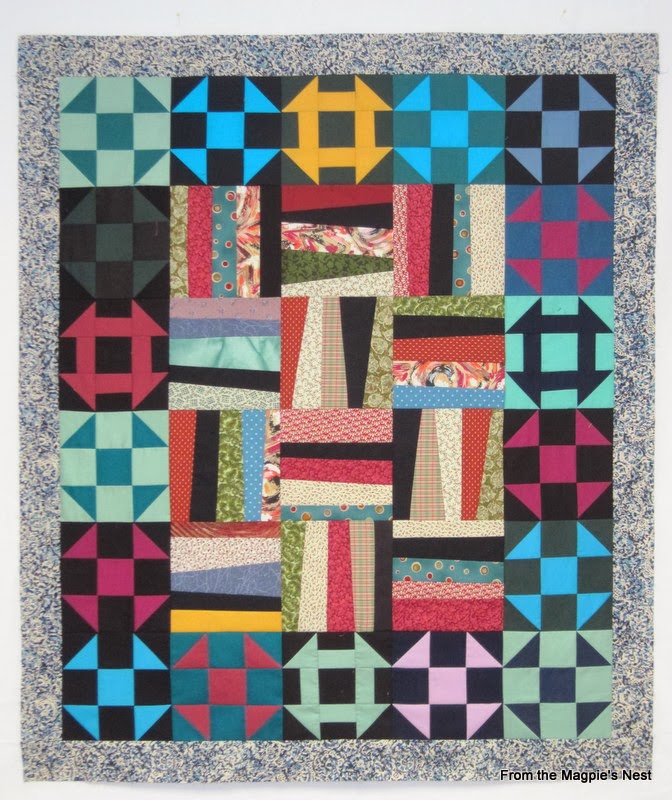 It seemed like it ought to work but nothing I tried clicked. First it was hourglass units. These would have made a three inch border. 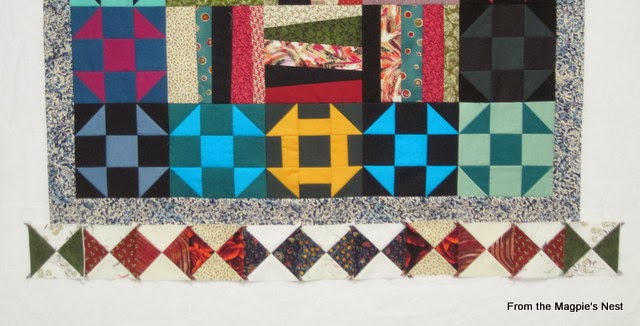 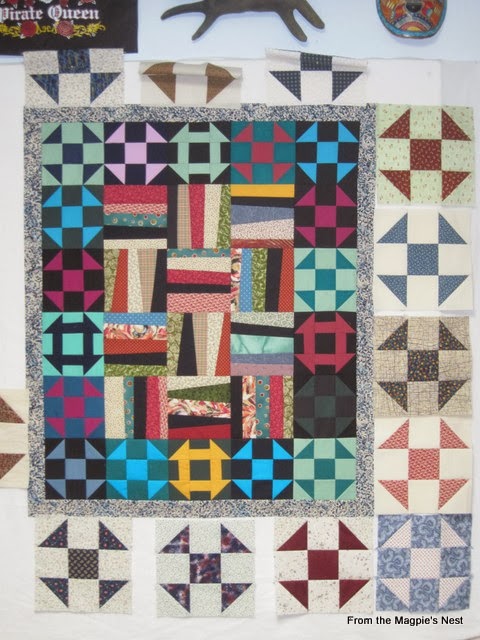 They were out of proportion, too big. So I tried another round of six inch blocks: 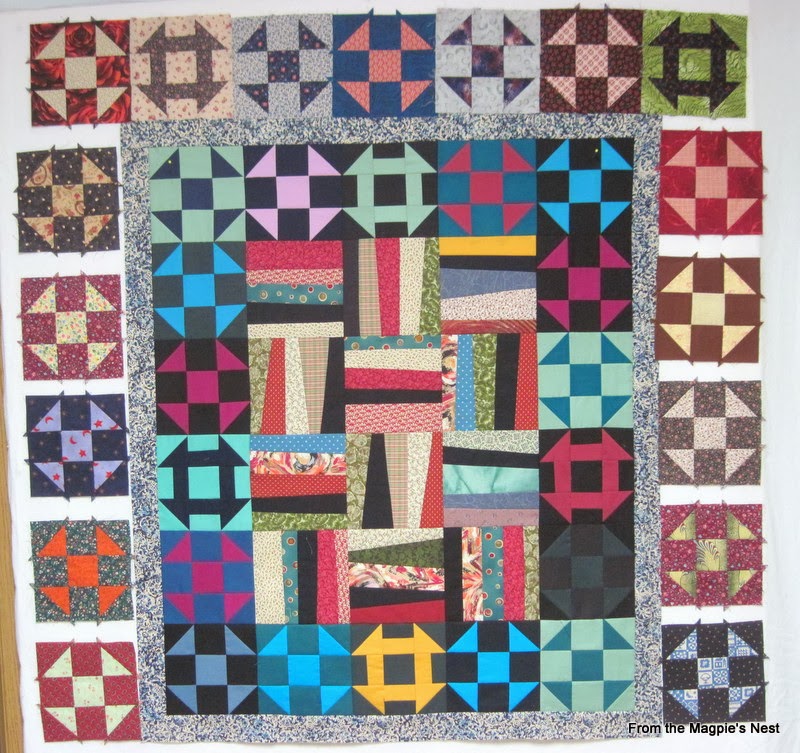 Better, but it still needed something. That medium-light print frame just wasn't holding its own. I cut it down to finish 1.5" wide on each side and then tried boosting it with some navy blue: 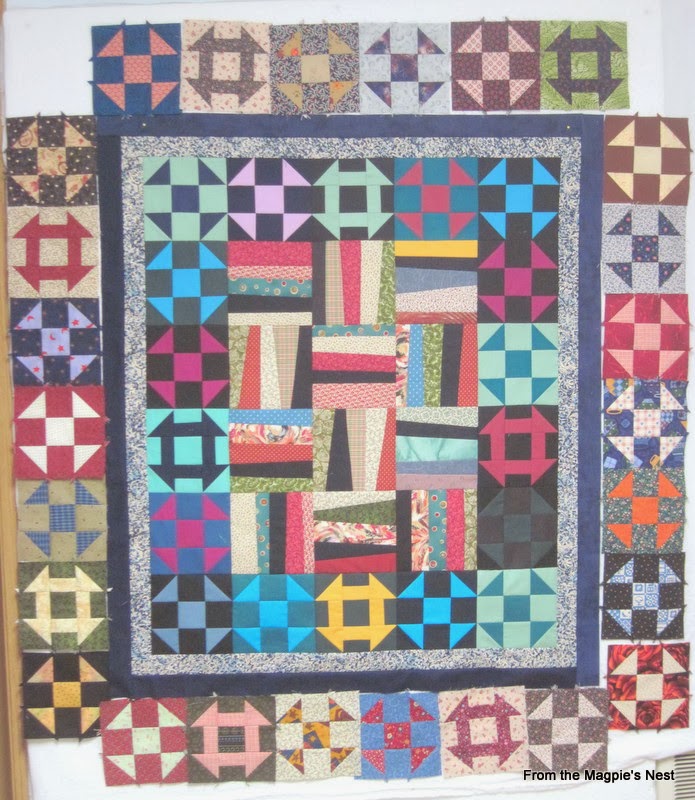 Success! Now what to do about those corners? I wanted something different from the Shoo-fly and Churn Dash blocks, just for the sake of interest. Bow Ties maybe? 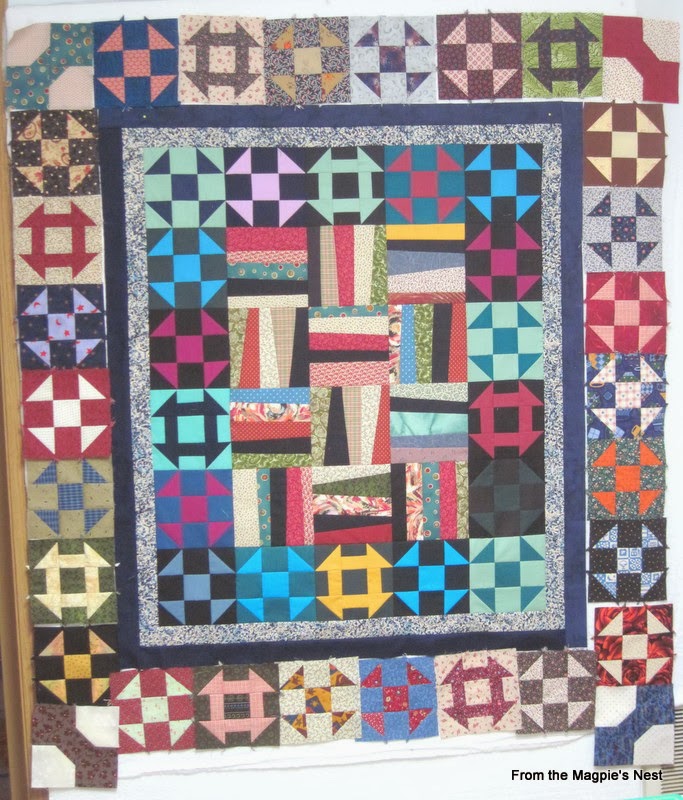 Maybe. But maybe there's something better... I tried Broken Dishes blocks and considered others in my Parts Dept. but finally settled on framed squares. 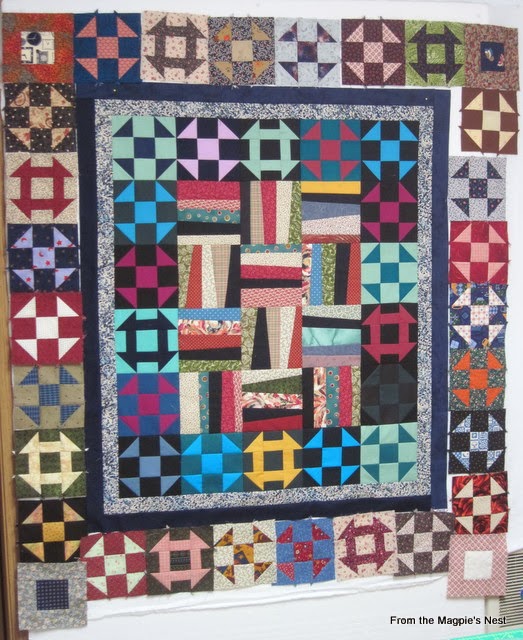 These were some I already had on hand. I liked the top two but the two on the bottom felt weak so I made a few more. 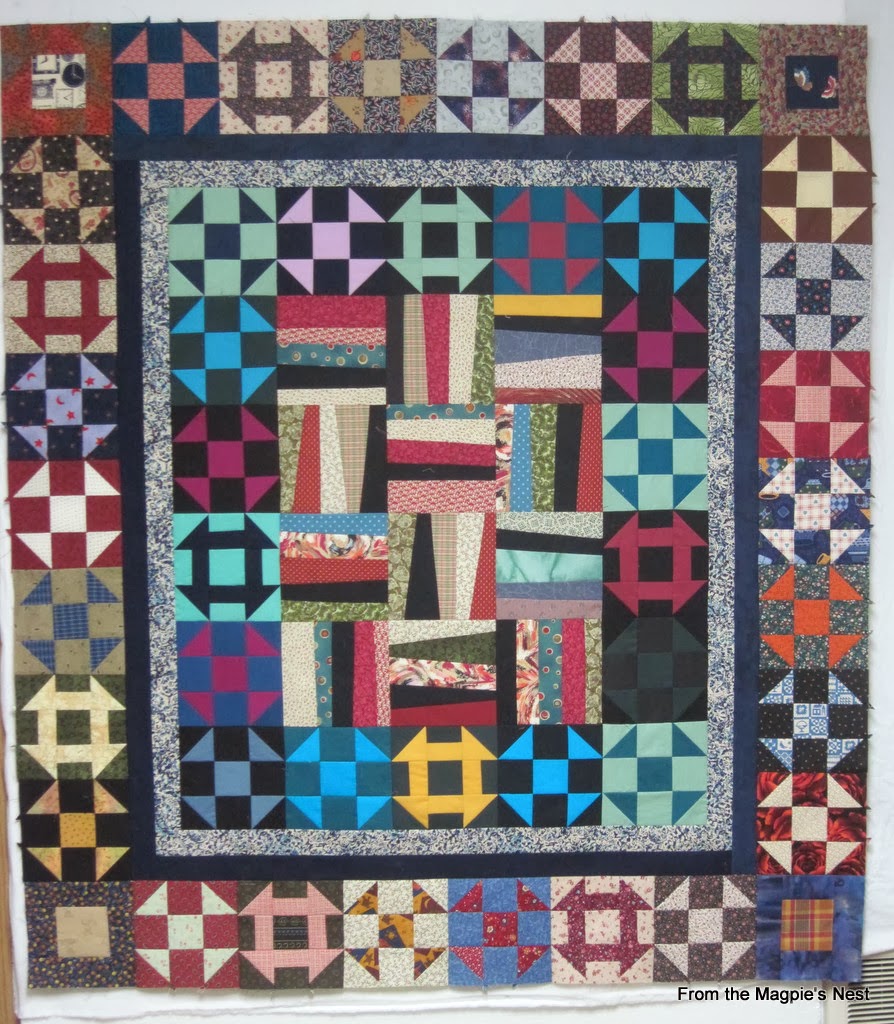 This is the completed top. It's nowhere near the twin size of the Smokin' Hot flimsy but it has a different destination and doesn't need to be that big. I recently found out about a group of ladies here in the Valley that put together quilts for chemo and radiation patients in two of our local hospitals. The quilts are used for warmth during chemo treatments and as a sort of graduation gift for those who have finished their course of radiation. I was told to shoot for a top between 40 and 50 inches wide by 50 to 60 inches long. This one will be 48" x 54" once it's been quilted and bound. I had a piece of yardage in my stash that works perfectly for the back and I also made binding to send with it. {happy sigh} It feels good to have completed a project and lightened my own load of older blocks and prints at the same time. :- )