Variations on a Theme

I haven't touched the Crowns quilt since my last post. It's still pinned and waiting to be quilted. Fortunately quilts are patient things. ;- )

I don't quite have the crown blocks out of my system though. I'd pulled out my batiks to make a fourth 12" liberated star... 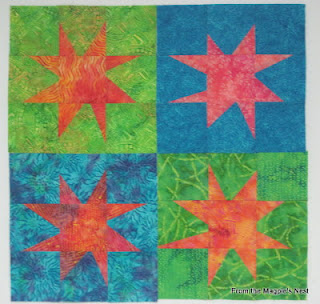 And that's when I decided to try out the batiks in the crown pattern. Here's a block with the half-square triangles sewn up but the block unassembled: 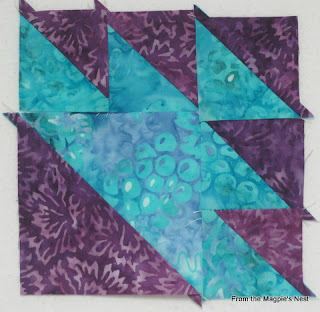 I had one batch of blocks sewn up and then ran into some toxins at the food co-op. After that I had some trouble getting the blocks laid out just right. This variation is the same as the top half of a basket block: 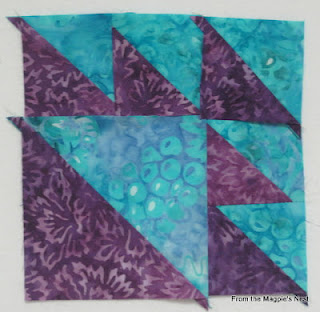 This puts me in mind of one I think is called Tea Leaf: 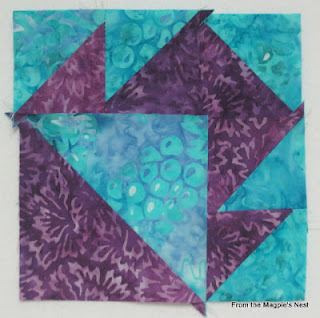 If the top corner were a whole square instead of a half-square triangle the one below could be Bear's Paw or Duck Foot. 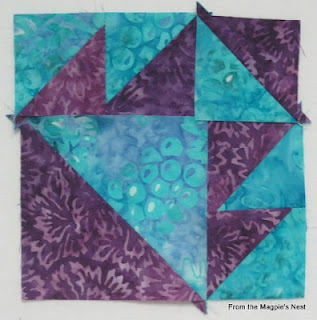 My head was spinning with possibilities. Well, and poisons. In the end I had to lay down and sleep it off. I've made a bunch more blocks since then; I'll show 'em to you next time!
Posted by Magpie Sue at 3:32 PM