Tragedy for The Sketchbook Project

I thought I would give you an update on Starring William Morris today. When I found the following in my inbox this morning I had to take a detour.

On Monday, February 28th, the moving trailer that was transporting the entire Sketchbook Project collection from Brooklyn to St. Pete (Florida) caught fire while driving through Baltimore. We are incredibly thankful that everyone involved in the accident is safe and not hurt. 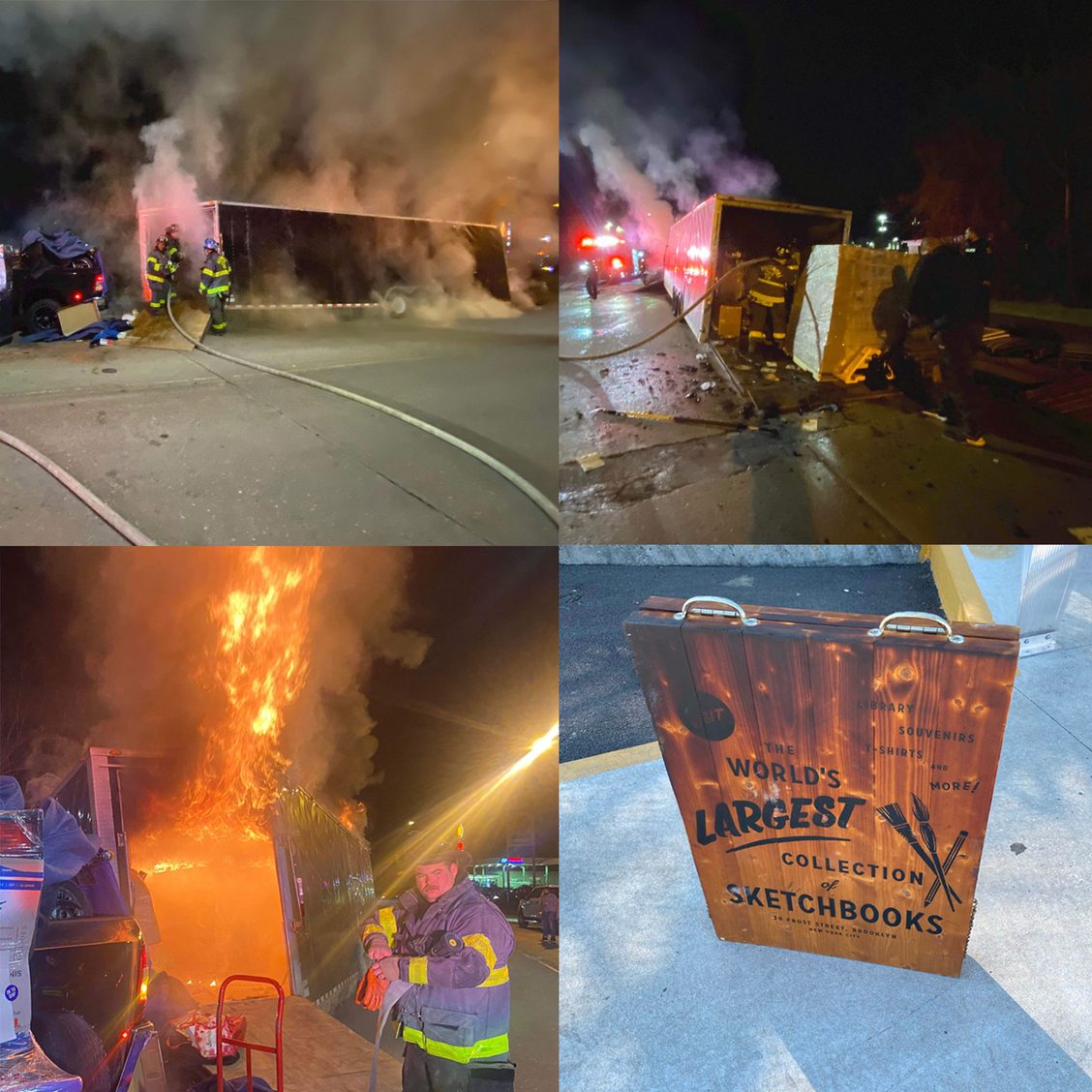 We are pleased to report that around 70% of the The Sketchbook Project collection was saved by volunteers and firefighters who heroically moved the books off as fast as possible at the scene. Following, community members from a local church helped move each box of books into their parking lot one by one. The majority of the unharmed books arrived in St Pete today and are safe and sound. We are beginning to assess the damage, but we estimate we may have lost around 7,000 books of the collection and most of our supplies that helped us operate as an organization.

Those of you who have been with me for a long time will remember that I've participated in The Sketchbook Project a few times over the years. Most recently I filled in a Tiny Sketchbook with an abecedary. Prior to that I embroidered travel trailers for each page. Those are the two that stand out in my feeble mind. There were others.

I found The Sketchbook Project community to be very welcoming. Participating helped me to see my own artistic vision more clearly. I value the growth I've experienced and their ongoing mission to foster creativity in others. My contribution to their GoFundMe drive is minimal, but every donation takes them one step closer to setting up a new library and starting up their programs once more. If this resonates with you I invite you to throw a few pennies in the pot along with me. 😊