Scraps are a good place to dip one's toe back in the water of patchwork. Familiar blocks don't require a lot of mental energy either. While we've had rain to clear the air, folks have begun to use their fireplaces and wood stoves again thus polluting the air once more. Makes it hard for me to go out at all and maintain any ability to be creative. I have been cutting some scraps into strips and patches and piecing more of the simple blocks that make up such a large part of my Parts Department. 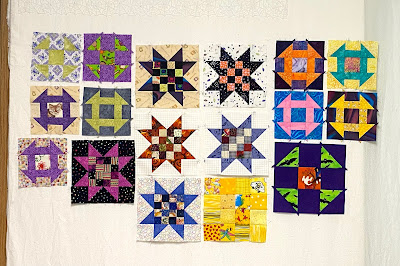 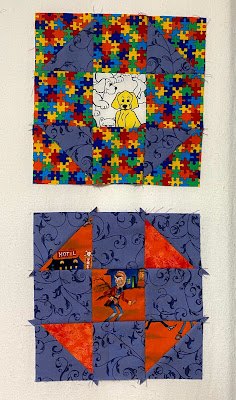 Then I pieced up little 4" postage stamp blocks from patches already on hand. 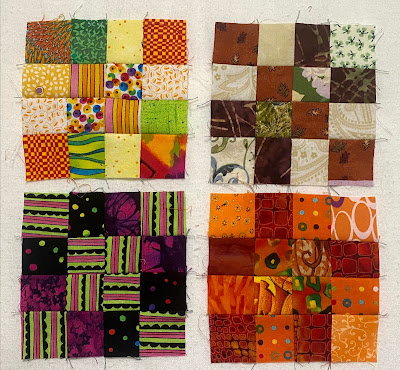 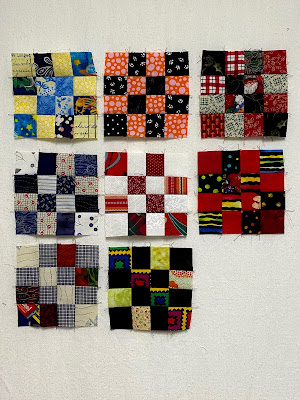 Some of them have become stars. 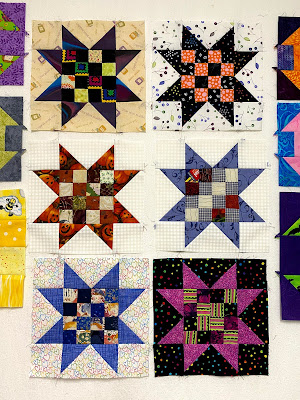 I don't have any plans for a specific project in which to use these (or any other!) blocks. There are a lot more scraps to be dealt with, to say nothing of the other fabric in my stash. Guess I'll just keep on making blocks until health and inspiration can work in tandem once again. 😊