And the livin' ain't easy, at least not around here. I open the windows overnight or when I get up in the mornings to bring in as much cool air as possible. Unfortunately, that also brings in toxins I don't always detect until it's too late. So I've been living with the consequences: headaches, irritability, and lethargy. We have a portable air conditioning unit but it doesn't reach to my studio space effectively. I have to say that it does a nice job of cleaning the air of pollutants though. I just don't like running it. It's noisy for one thing. And natural air conditioning is cheaper. Still, I'm lucky to have it.

My two quilts have come back from the quilt show and been turned in to the county fair. No ribbons from the quilt show, and I don't expect any from the fair. I'm very pleased with them though, and wanted to give them as much exposure as possible. 😉 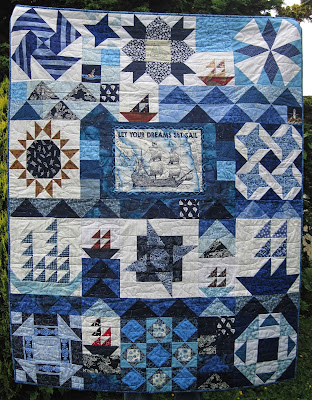 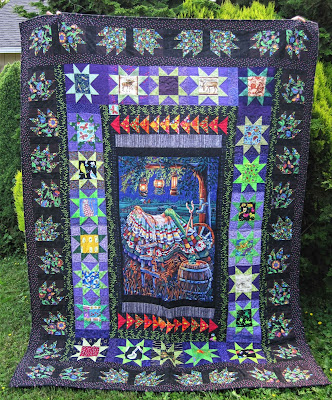 I've been doing a lot of needlework this past week. Most of it would qualify for the next SAL or a Bee, Myself and I post so I'm reluctant to share it with you until then. Once this spate of embroidery passes I may not do any more for quite some time!

You might remember I was waiting for a frame on which to mount my sugar skull cat canvas. 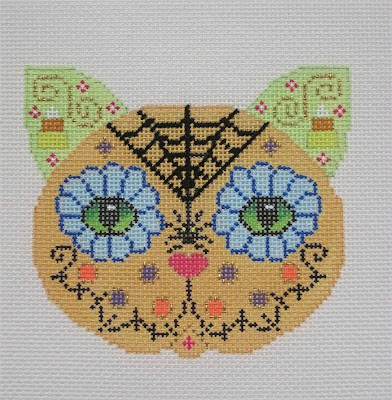 Since it arrived I've done quite a bit of work on her: 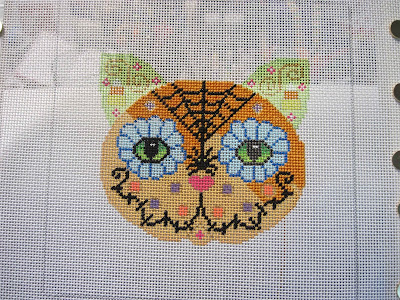 It's just the mindless sort of stitching I need at times like this. Of course I'll be using Victorian Motto Sampler Shoppe flosses, aside from the DMC black. I've only chosen the orange for the cat's head so far. One thing at a time. 😊

I know quilters and stitchers alike enjoy audiobooks while they work. I prefer to have my little television set to the classic movie channel, TCM. I can generally follow the story without getting so involved that I stop stitching - which would likely happen with an audiobook. I think I've mentioned that I recently discovered a couple of podcasts I also enjoy, Fiber Talk and Stitchery Stories. Stitchery Stories is out of England and recently celebrated her 2nd anniversary. Fiber Talk has provided listeners with the perfect excuse for the purchases they end up making as a result of their podcasts: #fibertalkmademedoit. If I were on Instagram I would totally be using that hashtag!