My loosely defined goal for 2018 is to bust some stash. Specifically the older yardage. For the last couple of years it has been about the smaller scraps. This year - so far anyway - it's about the bigger pieces.

After the rapid success I had with some of my Halloween prints I looked at my other stacks of novelty prints with the Disappearing 9 Patch pattern in mind. It didn't take long to see that there were enough food prints for whole quilt. 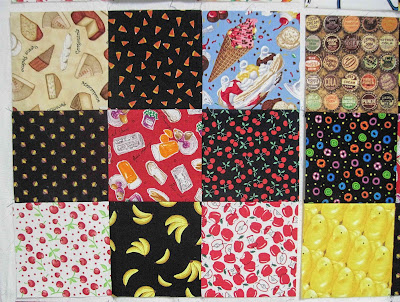 Not quite soup to nuts, but definitely veggies to desert! 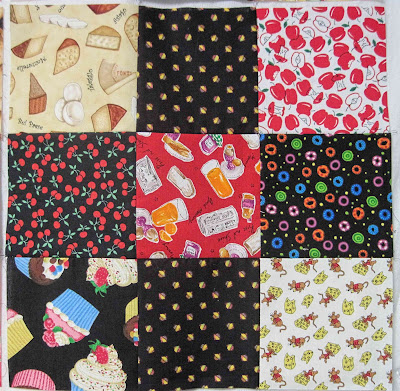 There are cheeses in the upper left of this block and mice nibbling on cheese in the lower right. Of course, once I quartered the blocks it didn't really matter anymore. 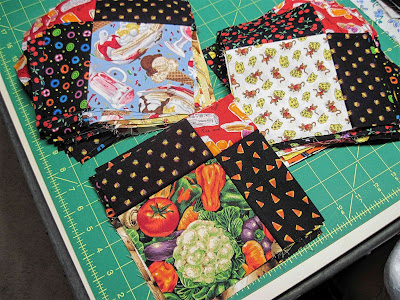 I cut pairs of most of the prints and four each of a handful of them. The biggest challenge in laying them out on the design wall was keeping distance between the more frequent prints. Very little tweaking was involved when all was said and done. 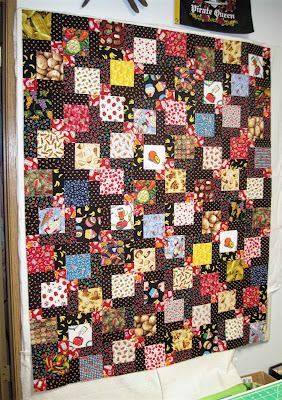 Next up was the border. I thought this would be fun... 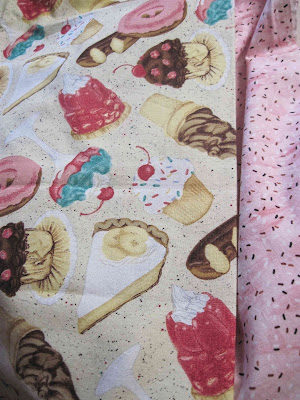 Pink sprinkles for a narrow inner border and then the large-scale deserts. That gave the quilt top a distinctly feminine look however. Since this will be donated for a child in foster care I wanted to keep it as gender neutral as possible. I opted for a print with a black background and red lips scattered all over it instead. I really like the way it ties all the other blacks together. 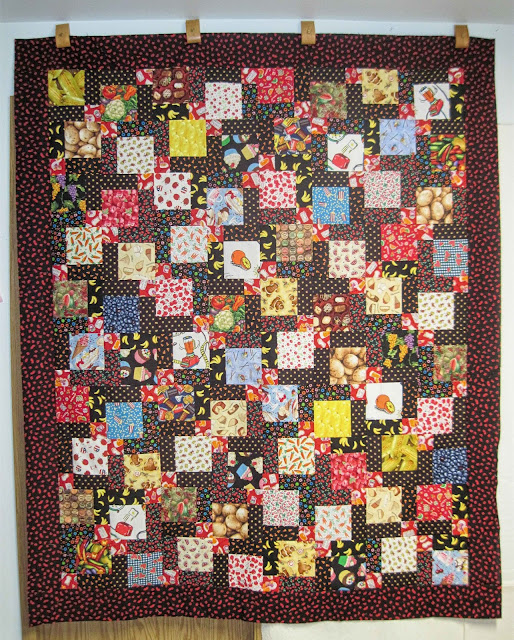 I still have some food prints leftover but there's definitely been a dent made in the stack. If I keep this up I figure eventually there will be a Disappearing 9 Patch with a wide variety of novelty print patches. 😀

Kate over at Tall Tales from Chiconia has a list of other bloggers who are using scraps in fun ways. Hop on over for a bucketful of inspiration!