First Flimsy of the New Year!

I had no idea my Halloween Disappearing 9 Patch would come together so quickly. No wonder it was such a popular design to make a few years ago. (That's me, always late to the party!)

I started out with the 9 Patch blocks I'd made with 5" squares. 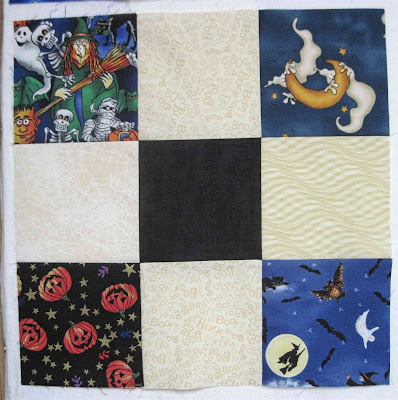 Those blocks were cut into quarters, once vertically and once horizontally right through the center. That turns the center patches (black, in this case) into smaller squares and the light alternate patches into the equivalent of sashing (at least to my eyes). 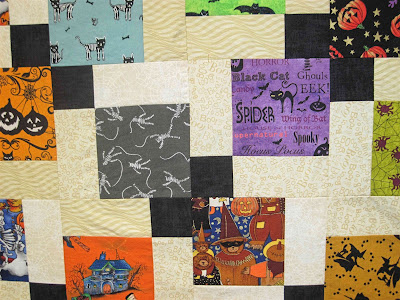 The quarters were arranged on the design wall - which didn't require as much tweaking as I thought it might. I did swap out one focal patch for a different print though. 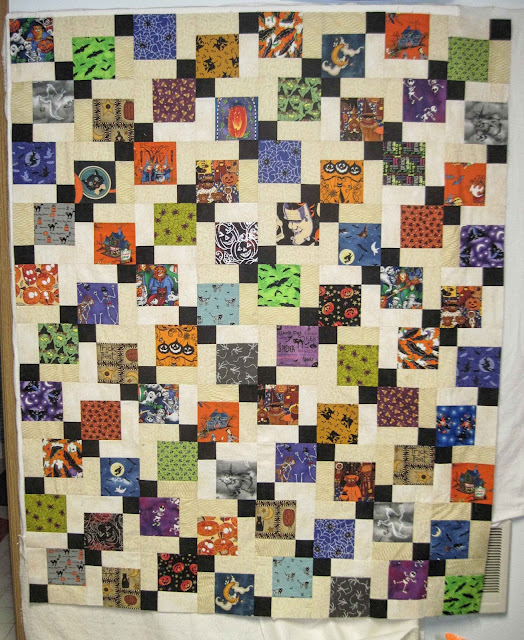 There were a couple of options for an outer border, both directional prints. That meant I had to have enough yardage to make cuts across the width of the fabric and also along the length. I liked the orange pumpkin patch the best. 😊 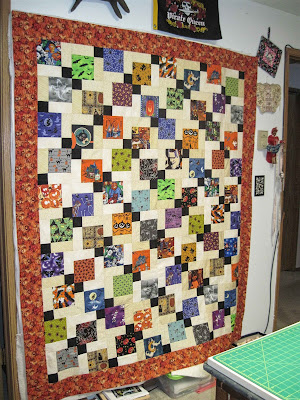 In an ideal world I would have included a narrow frame or flat piping of black before sewing on the pumpkin border print. 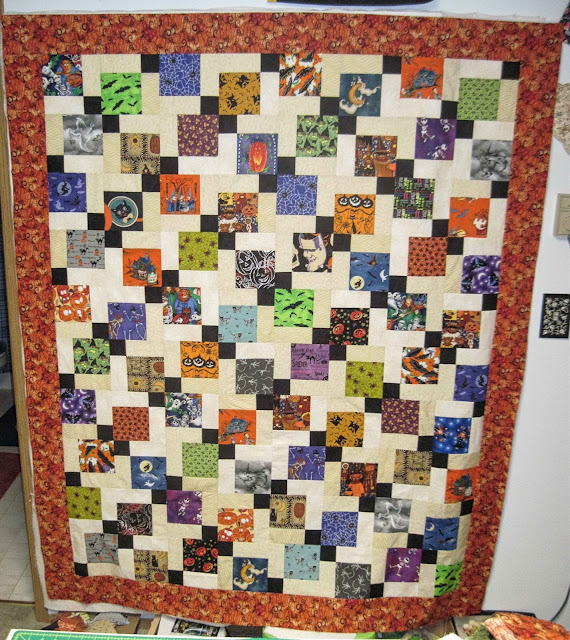 My world is far from ideal however, and the goal was to use up fabric, not make a show quilt! All I have to do now is come up with a back for this little item (it's about 60" x 73") and then hand it over for quilting. The long arm has been out of commission for a couple of months but has now been serviced and is ready to get back to work. Hooray!