This is one of those projects that's just about making itself! When last you saw it (a week ago!) I was auditioning 4" hourglass blocks for a border. 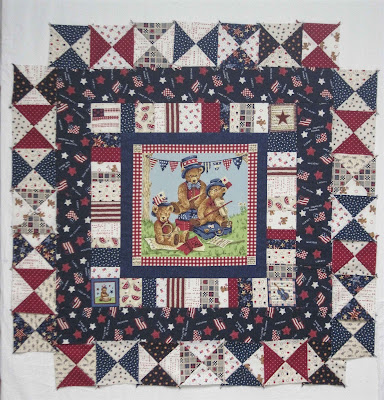 I debated about making some kind of cornerstone blocks but ended up sewing the hourglasses together and then adding a one inch strip (finished) to either side. That made that border 6" wide, an easier size for me to work with in terms of cornerstones. In fact, I found three blocks in my Parts Dept. that fit the theme and color scheme so I only had to make one additional Shoo-fly! 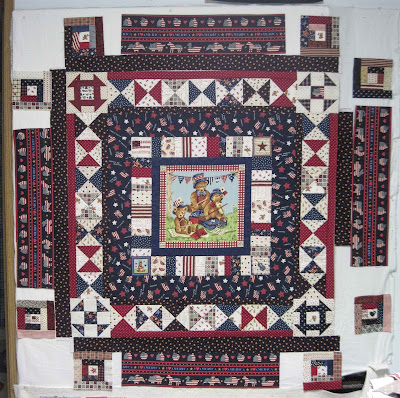 At that stage the quilt would have finished 40" square. I was determined to make a 60 x 60" quilt though, so even an adult would find it useful. Given the rather short deadline for this project (and my basic impatience) I was reluctant to make a (relative) ton of new blocks to build the next border. I was delighted to find a stripe print in my stash of older fabric that would give me 5.5" x 24" four times with very little effort. I made some little freestyle log cabins and filled in the gaps with compensating strips. 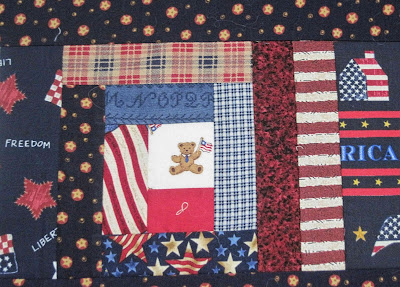 Once those bits were assembled I needed 7.5" cornerstone blocks to complete the round. Friendship stars seemed like the perfect choice. Then I went around the whole thing with a band of the navy blue and gold print. Ta daa, 60" square! 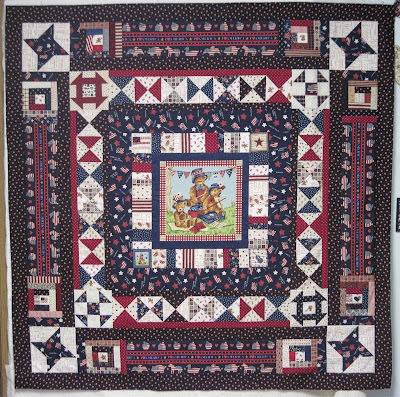 There was another piece of yardage from back in the day I'd never been able to put to good use. It made a great start for the back of this quilt. :- ) 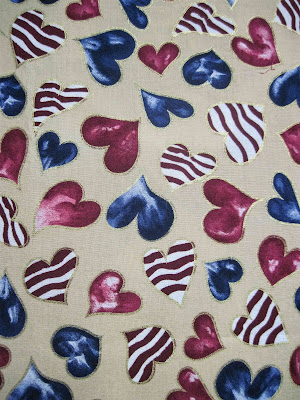 James got it quilted up for me in just a couple of hours. He created a meander with the occasional star thrown in for interest. 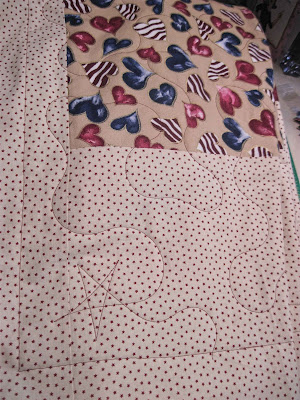 Now I'm going to bind it with what's left of the navy blue and gold print and maybe have it ready to ship by the Fourth of July! It won't go out on that day of course, but it will be fun to have it done by then. Woohoo!

The Welcome Blanket Project was initiated by folks who play with yarn and sticks but quilters are welcome to participate. They're only asking for 40" square blankets and there's still time to make a contribution if you're so inclined. :- )