We had a little snow early last week. Not entirely unexpected for the end of January or beginning of February but we generally don't get a lot of snow where we live, either in frequency or quantity. 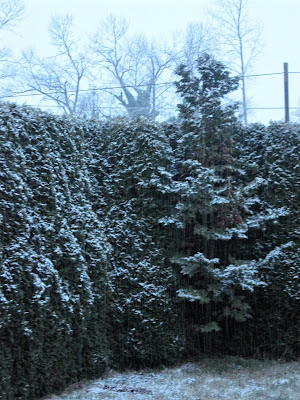 That snowfall lasted longer than I would have expected but melted away and the rest of the week we had rain, which is far more common.

I happened to be up at midnight last night. The night seemed awfully bright on the other side of the curtains. I peeked out and saw snow again! We had more this time around: 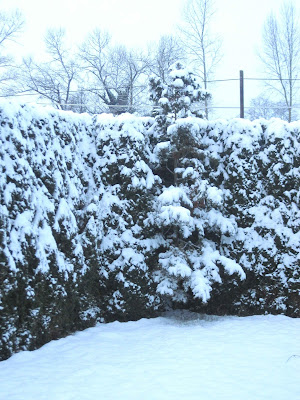 Schools are closed and the Husband is working from home rather than risking the 60 mile commute he usually makes. The world is quiet this morning (except for my canary who is singing his guts out at the moment!). What a lovely change, so peaceful. It won't last of course, but I intend to soak it up while I can. :- )