Thursday Happiness and My Diary Quilt

Today is another opportunity to make the most of one blog post. ;- ) It's time to share a couple of things that make me happy along with LeeAnn over at Not Afraid of Color. One of those things is my Diary Quilt, my take on Audrey's Quilty 365 quilt along over at Quilty Folk. Another is novelty prints.

So far my Diary Quilt is still just rows or columns of 2.5" x 6.5" strips, one for each day of the past year. I put the last strip on the last row on November 19. 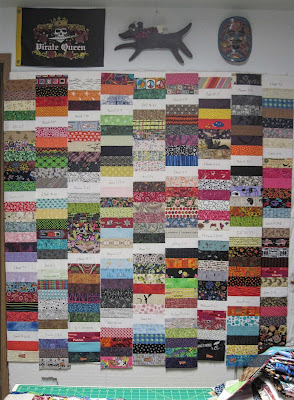 I have 13 rows/columns in total but they won't all fit on the design wall until I get them sewn together. Therein lies the challenge: what to use to set the rows? I've got every color in the rainbow in the strips. I used white for Sundays and wrote a scripture verse reference on each one. Whatever I use to set the rows needs to recede into the background, not compete for attention with the rows. I can't sew them together until I've made that decision because each row needs a compensating strip added to the top and bottom to make them all the same length. Whether or not there will be an outer border remains to be seen.

I'm already missing the act of choosing a strip a day. There were days when sewing a few strips together was just the ticket to get my day started. One of the fun things about choosing strips was the chance to feature a novelty print. 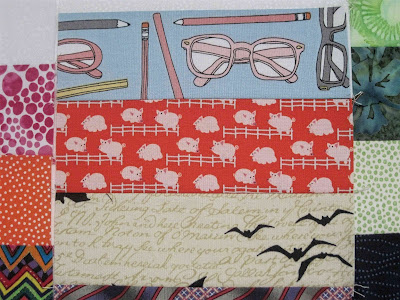 Sometimes those novelty prints were actually going into a quilt I was working on at the time! 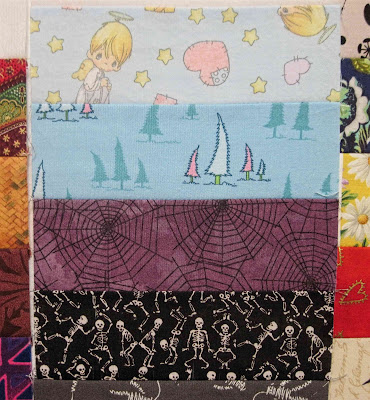 I mentioned how much I enjoy fussy cutting novelty prints in a recent post. I've been making stars featuring prints that reflect the interests and activities of my daughter's FIL. He's a fan of science fiction and a follower of Dr. Who. Here's the Doctor's space ship, the TARDIS: 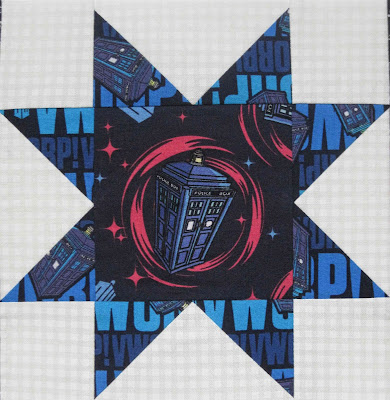 The star points were cut from a separate Dr. Who print that has the sound the TARDIS makes as it materializes and dematerializes. There have been special episodes of Dr. Who on television for Christmas every year for the last few years. Naturally I had to use a Dr. Who TARDIS print around a Santa print! 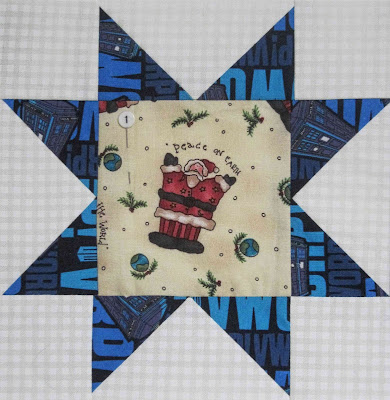 He also owned more than one diner throughout his lifetime, which involved pouring a lot of coffee. 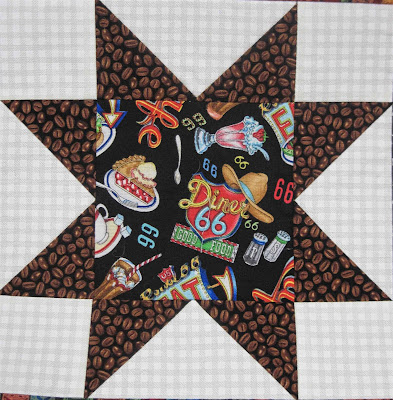 Everyone should have lots of money in their lives. 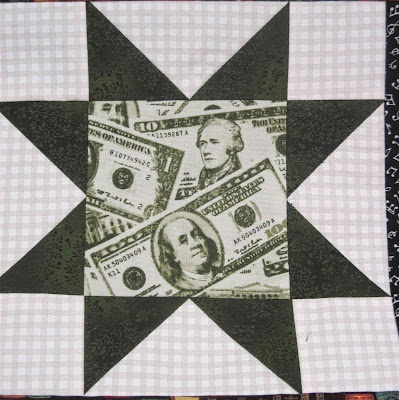 You can't have enough Peanuts either. ;- ) 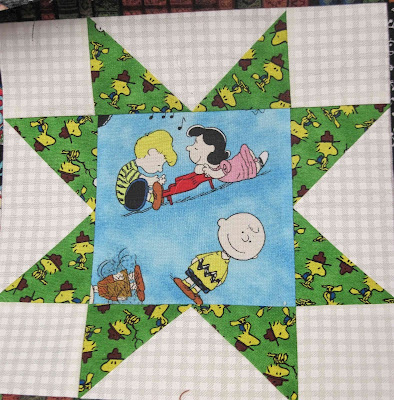 I'll be linking up with both LeeAnn and Audrey. Do yourself a favor and go have a look for yourself!