I've been slowly working on more stars for the outdoor Princess on a Pea panel. 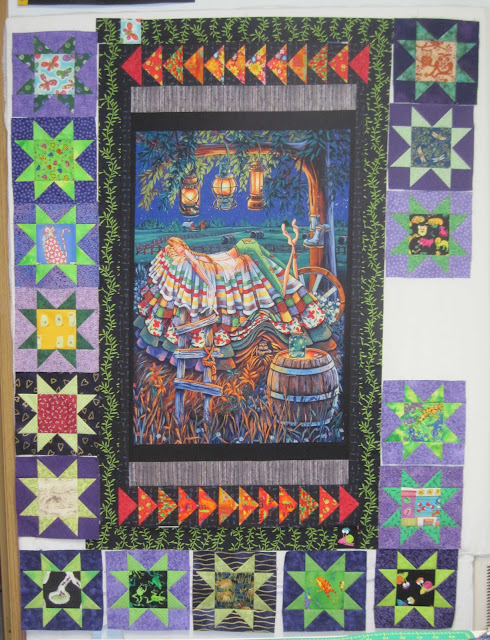 In the beginning I just made stars featuring fussy cut squares for the star centers with assorted green prints for star points and purple backgrounds. 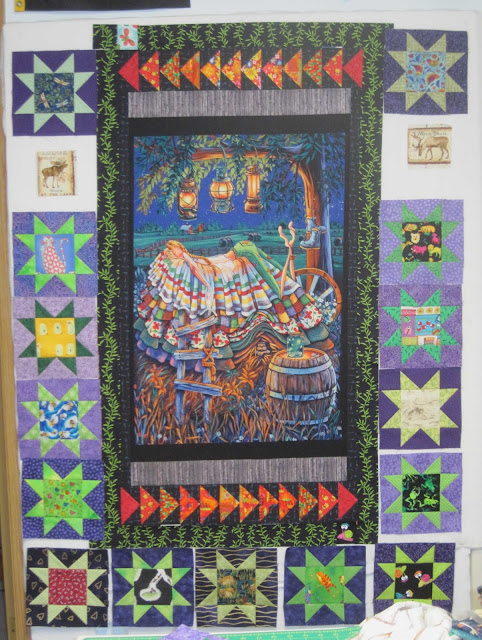 It got to the point where I thought I'd run out of appropriate prints to put in the stars. I even resorted to a piece of the bats print I bought for my Macabre Medallion. I figured they could be flying in the night sky over our sleeping princess. ;- ) 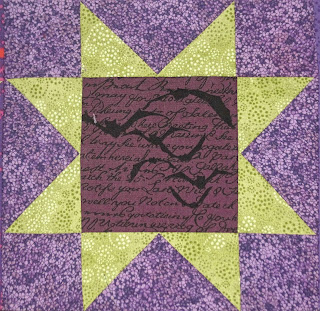 I left the top row for last because I couldn't make it fit on the design wall without shifting everything else down. Once I'd finally done that I had to rearrange the stars some more. 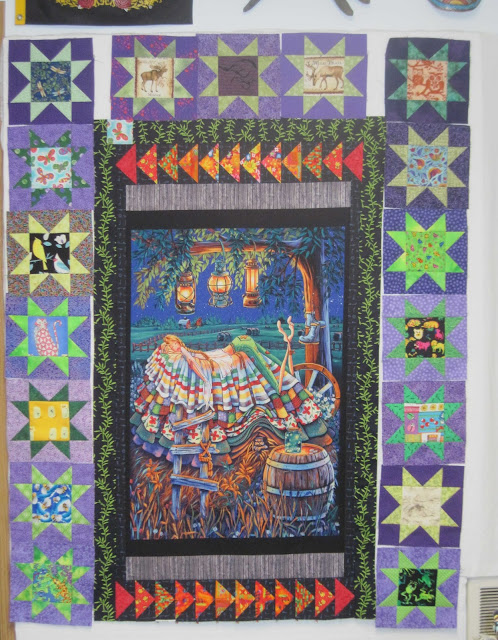 There was one star I wasn't happy with, no matter where I put it. I made it over again with different background and star point prints. It wasn't much of an improvement. By that time I really couldn't find another critter to feature in a new star so I declared the layout as good as it gets and sewed all the loose bits together. 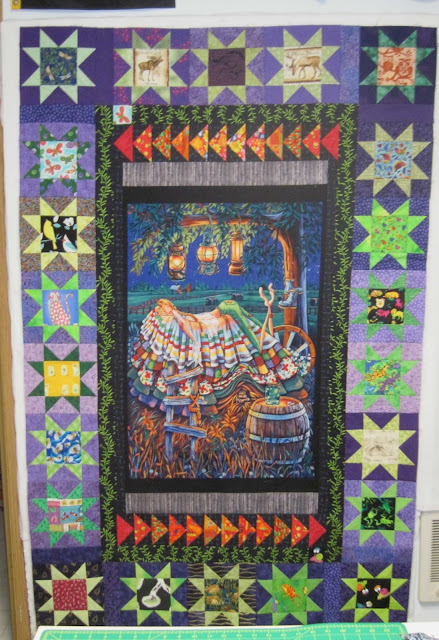 Now I'm going to put it away while I try to move the Macabre Medallion forward. I wanted this to be a twin size quilt. It's only 44" x 68" at this stage. Hopefully when I pull it back out again I'll know what to do to make it grow. And in the meantime, it's almost time for the next prompt in the liberated medallion quilt along and I haven't done anything to my medallion since the announcement of the last prompt. {sigh} I don't like being behind the times but at least I'll be fully informed when I finally begin working again!
Posted by Magpie Sue at 4:32 PM