For those to whom it matters, this is a photo heavy post.

Once I had the 12" Lego blocks arranged to my satisfaction I started auditioning Bow Tie blocks to surround the square flimsy. Setting them straight was just too static. 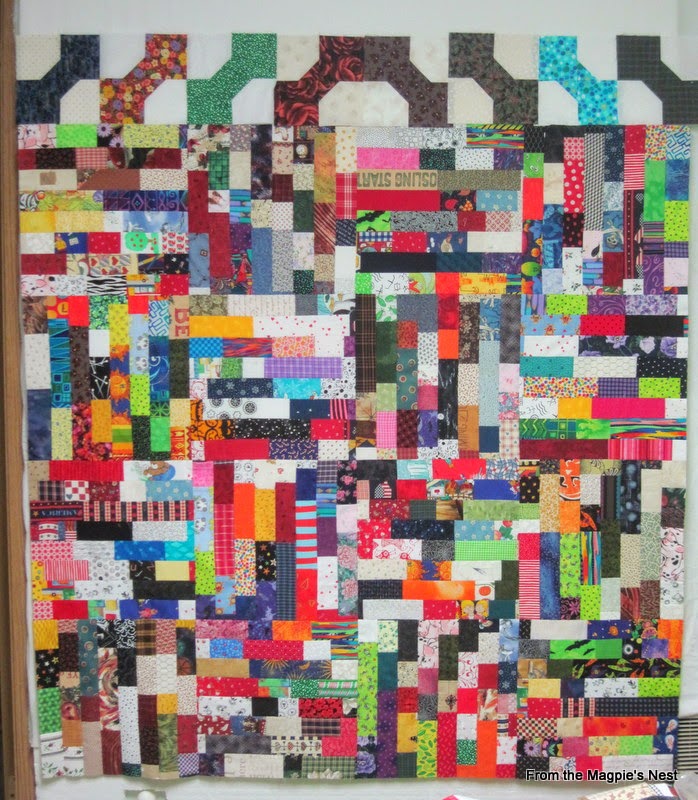 So then I tried alternating them to create a scallop effect: 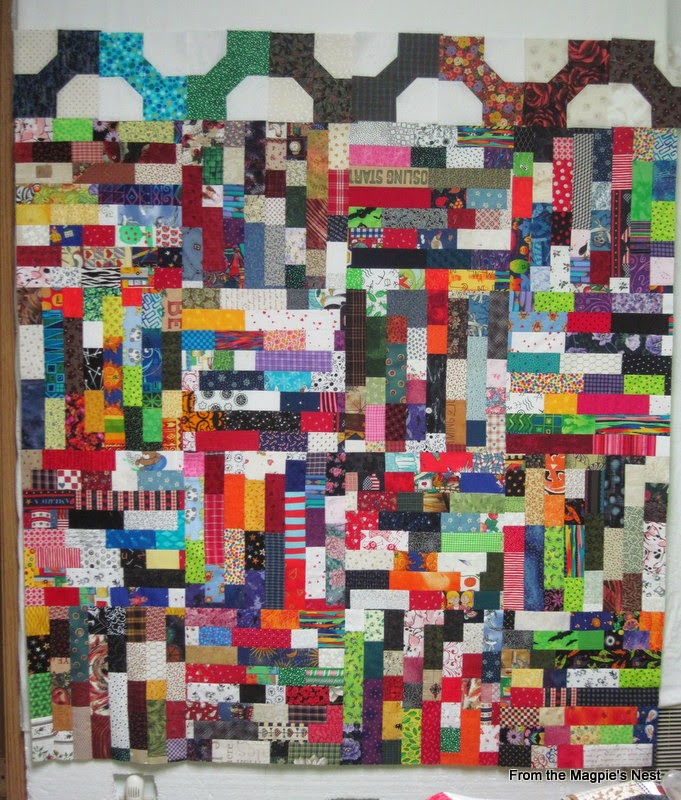 That held possibilities! I could have kept to one color family per side but decided to mix 'em up a bit more. 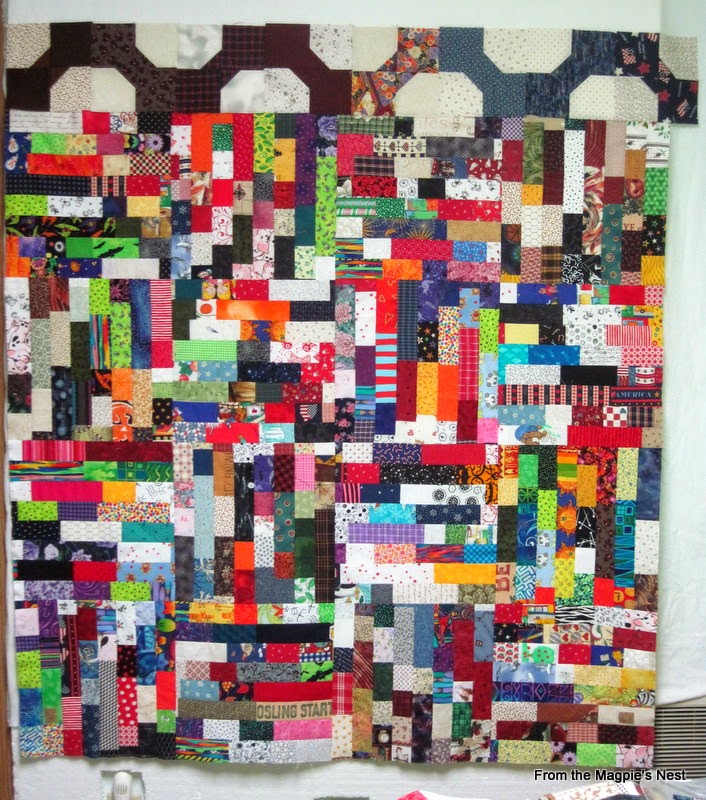 In a burst of energy and enthusiasm I put 6" Churn Dash blocks in the corners and sewed the borders to the flimsy. 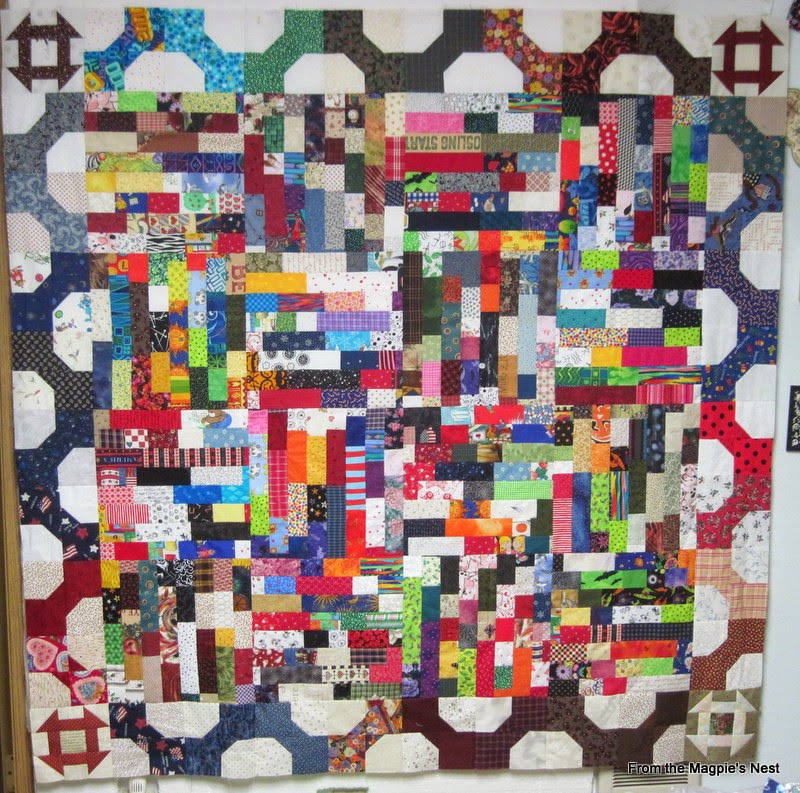 The next morning I found I wasn't exactly happy with the way this looked. Those Churn Dash blocks were just too small and wimpy up against the Bow Ties. I dug around in my Parts Drawer and found some 7.5" blocks to try as cornerstones: 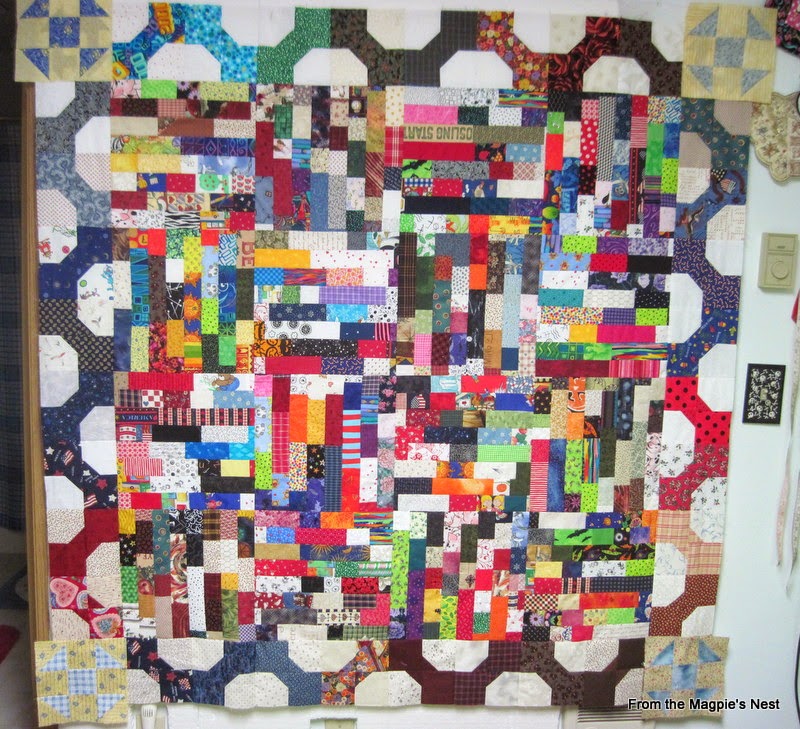 Better. But in order to use those I'd have to take off the Bow Ties and add 1.5" all the way around the Lego block flimsy. {sigh} I decided I would do that if I could find an appropriate print. Otherwise I would leave it as is.

First thing the next morning my seam ripper and I were hard at work.

It was worth it in the end: 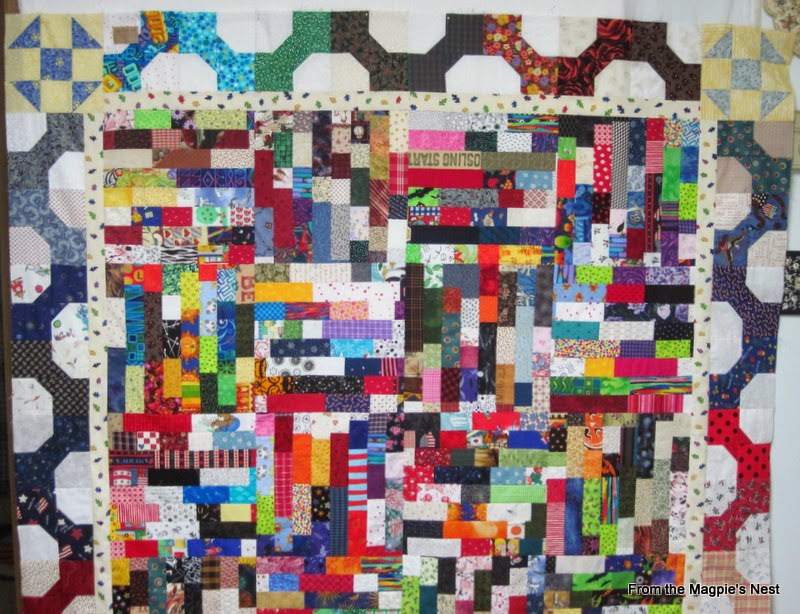 Now I'm auditioning 12" blocks for the final round to create a full/double bed quilt top. 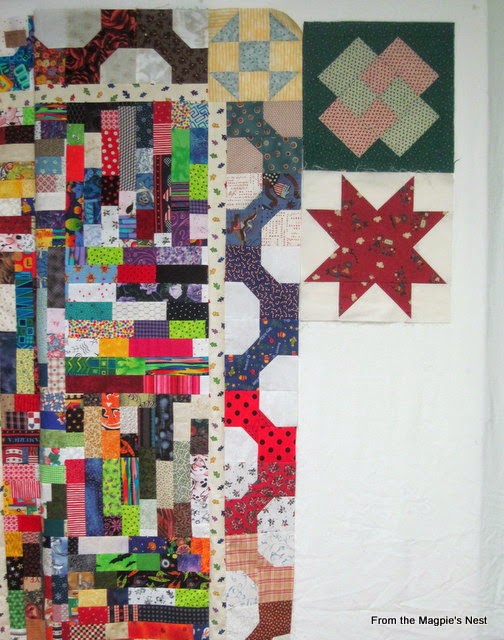 In spite of all the blocks that size in my Parts Dept. I'm having to make some new ones. Not everything in the Parts Drawer plays nicely together. ;- )