A Quilt From the The Parts Department

Gwen Marston and Freddy Moran changed my life when they introduced the concept of a Parts Department in their collaborative quilt books. My favorite part of quilt making is probably making blocks. Well, that and the challenge of using what's on hand rather than buying fabric specifically for a project.

As a result I now have a drawer chock full of blocks and units in various sizes. I also have strips of varying widths and lengths, most of which are hanging in my studio closet. Not too long ago I spent some time making six inch liberated log cabin blocks out of the shortest of the 2.5" strips. 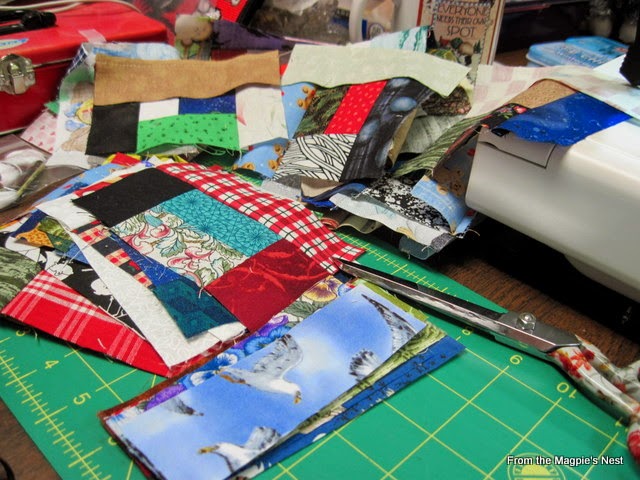 I put them up on the design wall as I trimmed them to size but wasn't moved to do more with them at the time. They ended up in the Parts Drawer. 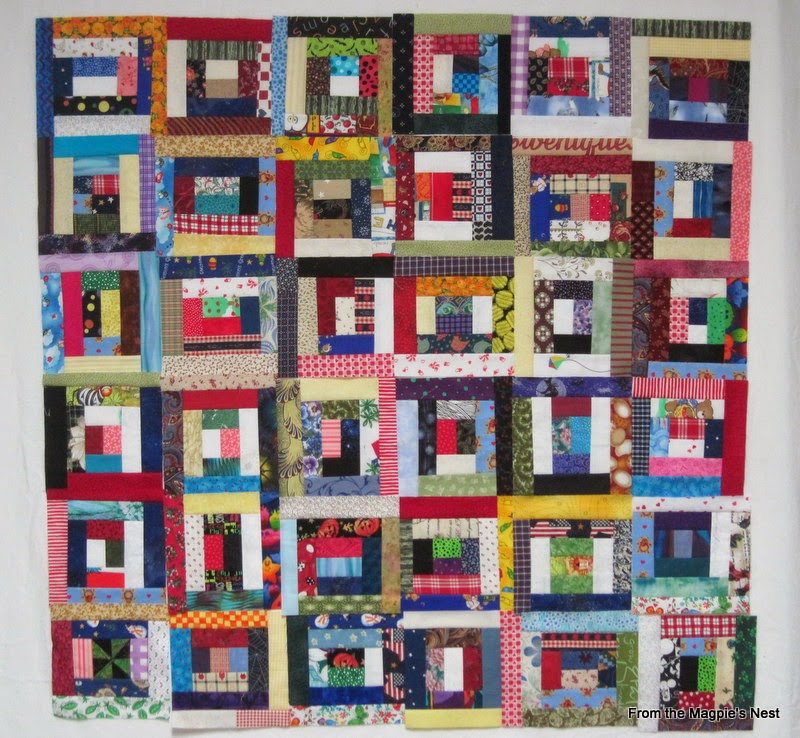 Meanwhile, the shortest two inch scrap strips continued to accumulate in their little basket until it was mounded and dripping. So I finally sat down with them to make twelve inch "Lego" blocks using the Jelly Roll Race technique. Now look at the basket! 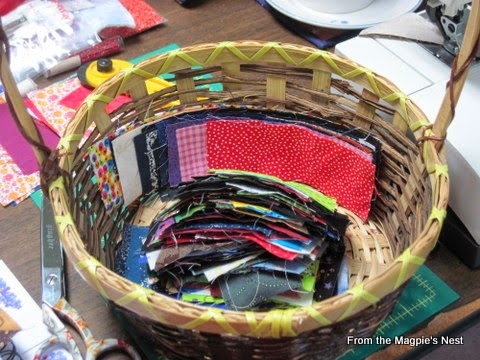 There might be enough bits left for one more 12" block but I don't need one more right now. FYI, I sewed the two inch strips together end to end until I had a single strip just over 100" long and then folded that strip over and sewed it to itself three times (to make 8 rows per block) to get a square large enough to comfortably trim to 12.5."

These are the blocks as they were finished, also haphazard on the design wall: This batch of blocks and the wildfires burning homes to the ground in eastern Washington have motivated me to begin a new quilt to donate to someone who now has nothing to call their own. I will be donating the finished product through Jean over at Layers of Hope Quilting 911. I'm shooting for a double/full size top. These blocks will get me halfway there!