I had to take my flannel Lincoln Logs quilt off the bed late last winter when I discovered that one of the dogs had unintentionally shredded one of the patches. You know how a dog will try to fluff up the bedding they're about to lay on. 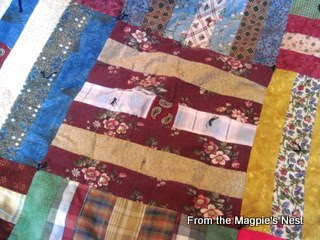 This particular piece of flannel wasn't strong enough to withstand the abuse. A couple of nearby seams were also compromised. 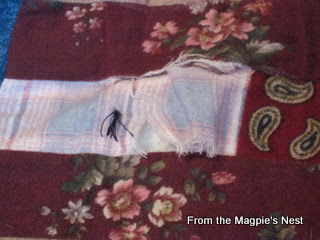 With the change of seasons upon us I decided it was time to tackle this repair job, intimidating though it was. 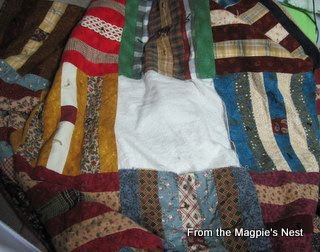 Originally I thought I'd just replace the central strip of patches. Once I got the block out of the quilt (which was only tied, not quilted) I realized that one half of the block would also have to be discarded. 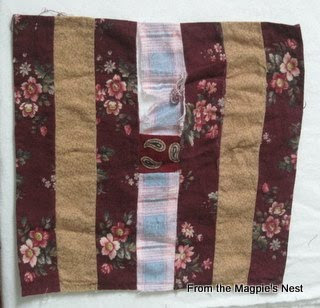 After I assembled a replacement section I discovered that the new half was actually bigger than the original half. It didn't look all that good with the original half either. So I remade the second half of the block as well. 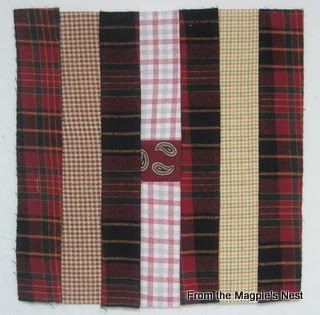 The most challenging part was putting the block back into the top. I had to take out a few additional ties to free up more of the top to get it under the sewing machine. The final seam had to be hand stitched in place. 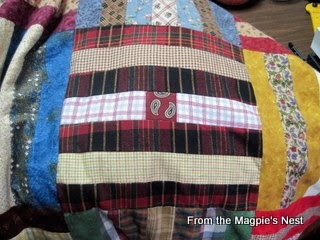 Since this last picture was taken I've replaced the ties and the quilt is ready to use again. I have to say this might have held up better had it been quilted (thoroughly, and by machine) but I still like it as a tied comforter.