The time has come to show you the secret quilt I've been working on. It is a wedding gift for our eldest son and his new bride. 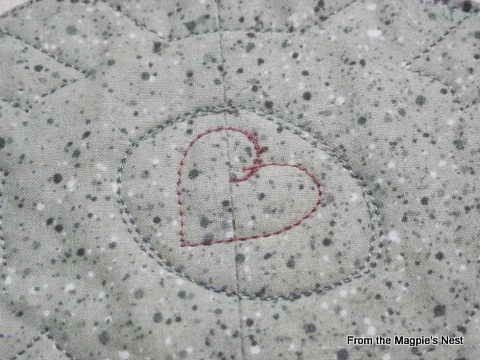 They are big fans of the video game Portal. Me, I knew next to nothing about it. Fortunately I had an in-house resource. :- ) Between us, my younger son and I designed and pieced the top. He did the quilting on the Avante (by Handi Quilter) at the shop. 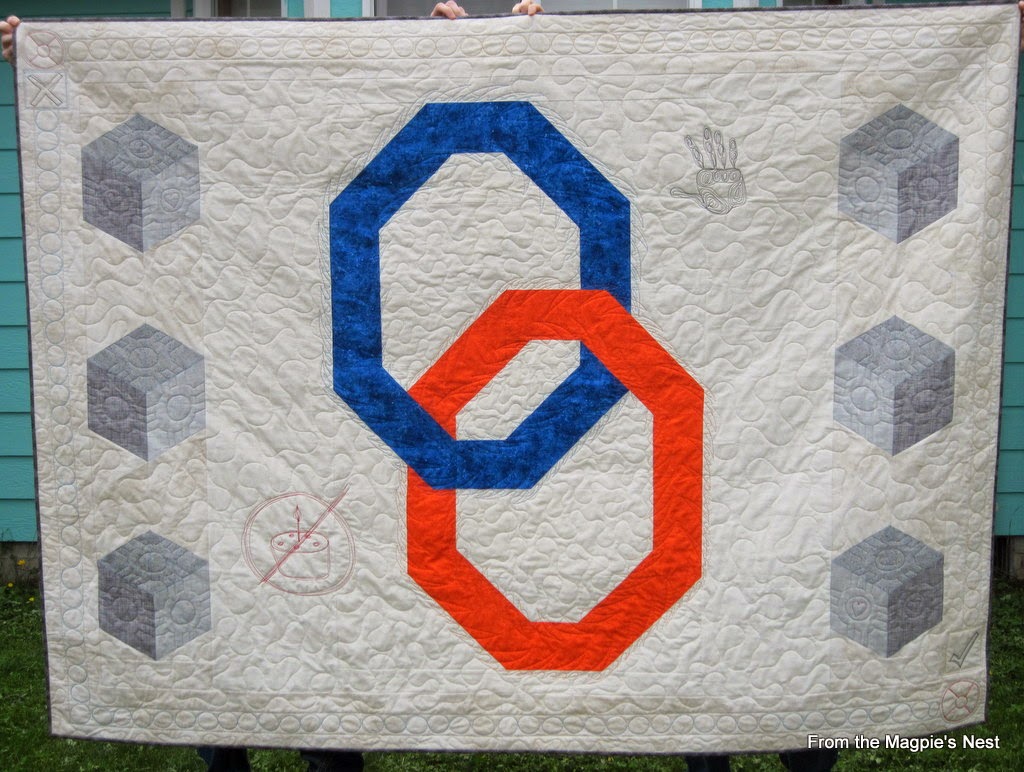 The game involves creating portals through which your character can move from room to room in a lab/testing environment. In this case the portals made ideal representations of wedding rings. There are also "companion cubes" in the game. My son did some of his first piecing to create the cubes out of the basic tumbling block pattern. 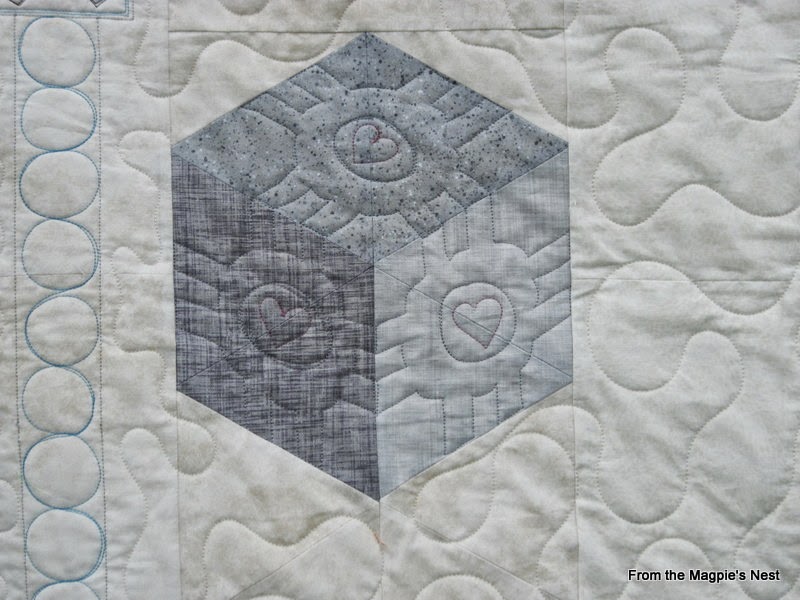 Not too shabby for a first effort! Well, technically, his first efforts ended up on the back of the quilt. After he'd pieced them he decided they weren't big enough so he made a second set. 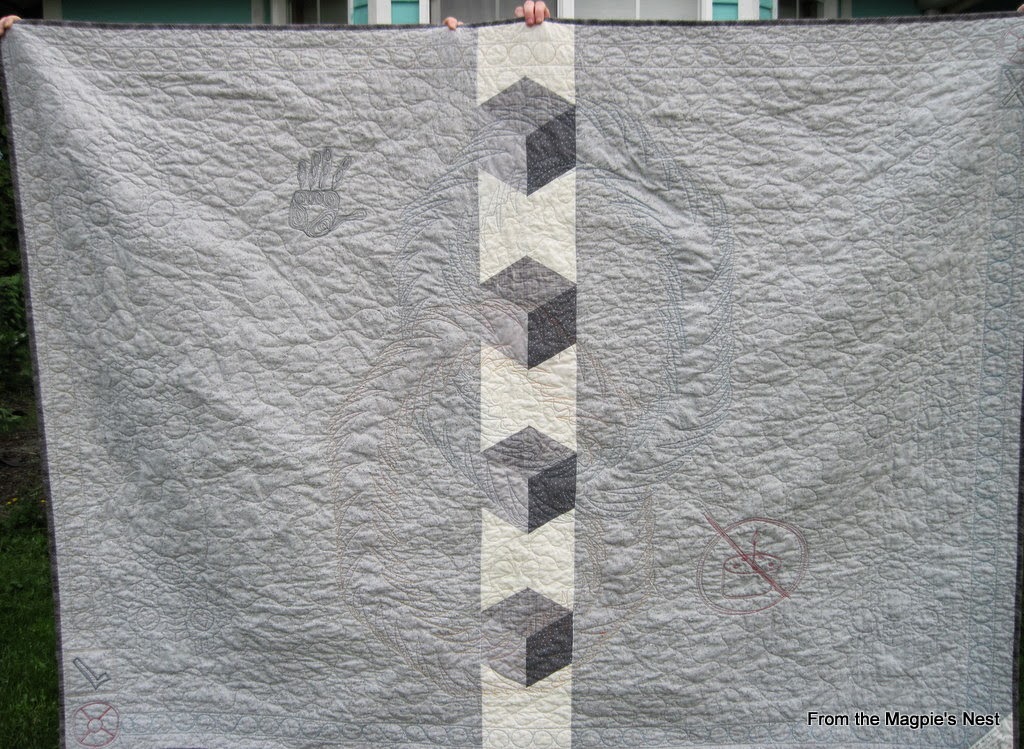 A previous test subject has left evidence around the laboratory. His hand print for example: And a clue that the promised reward for completing all the assigned tasks is a lie: 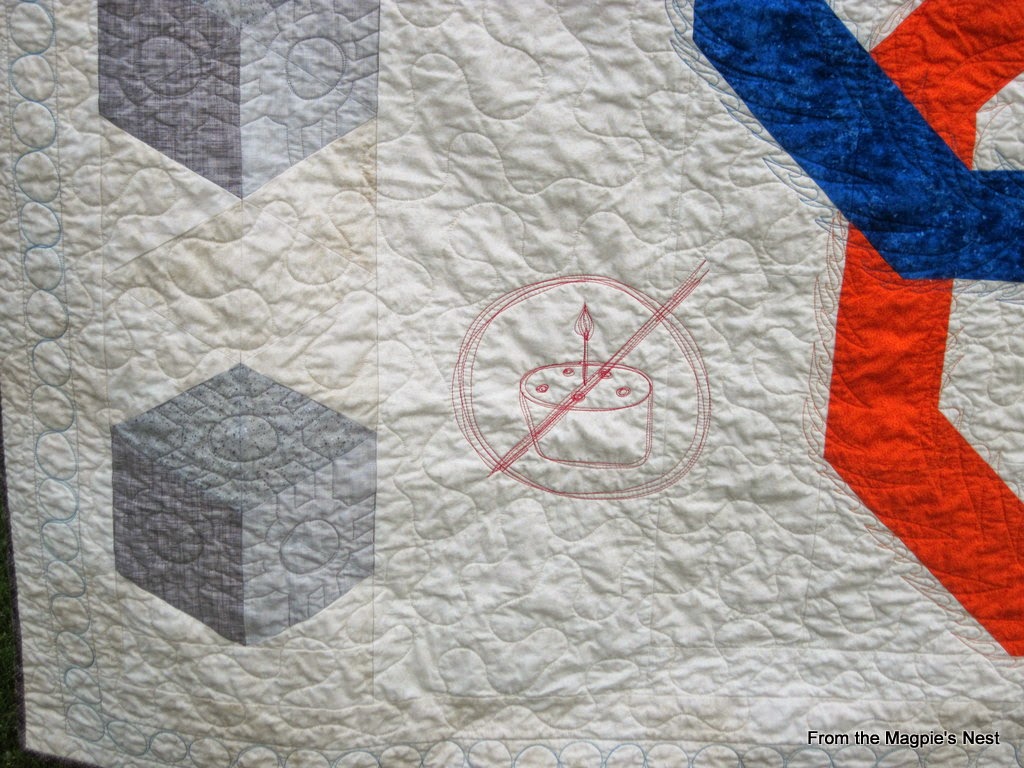 The quilting really helped to complete the imagery of the quilt and to fill in the negative spaces. It was laundering that truly brought the quilt to life however! That never fails to amaze me.

This hasn't been the only project in the works in the Magpie's Nest of late but it has been the one with the highest priority. We thought we were sitting pretty in terms of having it done in time but then the second set of tumbling blocks had to be made, we couldn't find the same prints that were used the for the first set, more background fabric had to be purchased and it was out of stock as well... In short, I inked the label the day before my family took off to be present at the wedding. Whew! And via the magic of Skype I was able to witness the ceremony while it took place in another state! Hurray for modern technology! :- )