From Where I Sit

This was the view from my chair in the studio today: 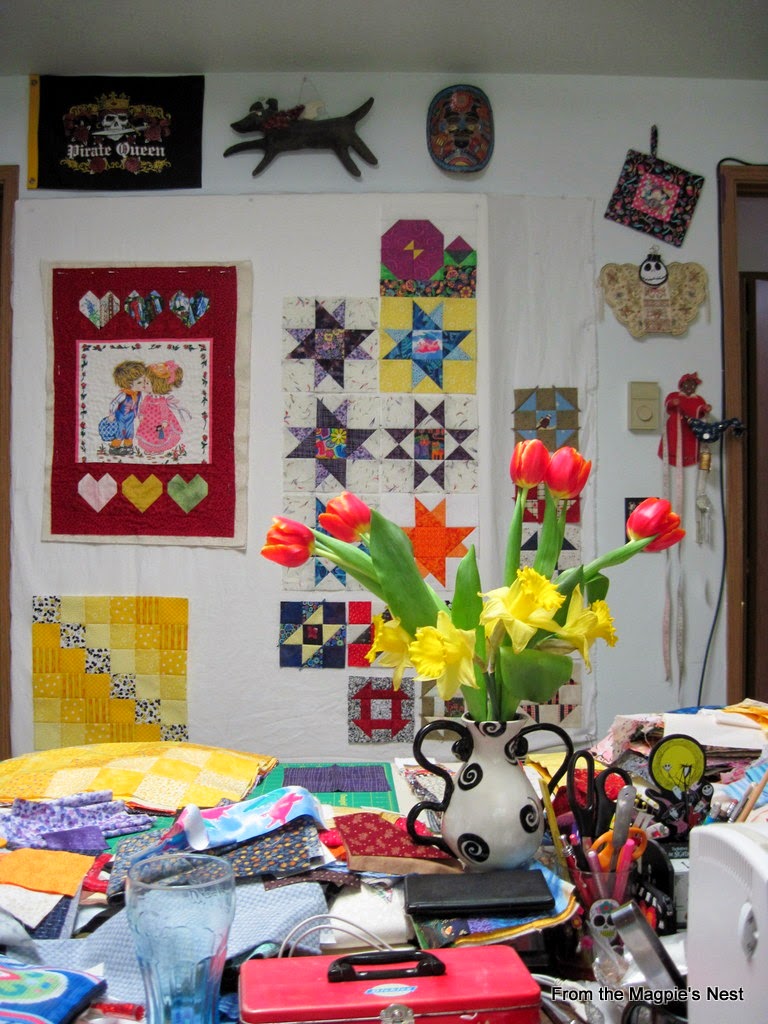 I brought a bunch of daffodils into the studio early last week and my Dear Husband brought the tulips to me yesterday. {happy sigh} Lovely.

I had the anniversary/tea towel challenge quilt out today to put some more beads in while DH was at church. I'm just filling the red areas with red seed beads at this point. I still don't know what I'm going to do with those hearts, if anything. I have decided that I'm willing to give him an unfinished quilt however. After all, I'm still waiting for the quilt rack I was promised from his hands a year ago last Christmas! 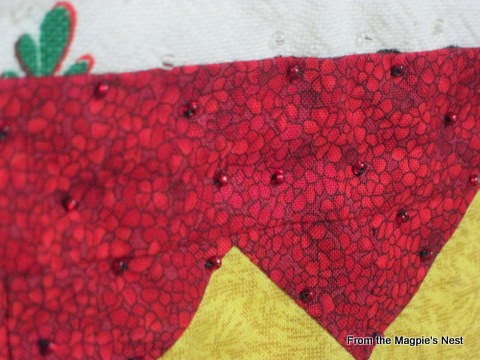 I made these four Scrappy Trip blocks for my Grandma's Crayon Box quilt this week: 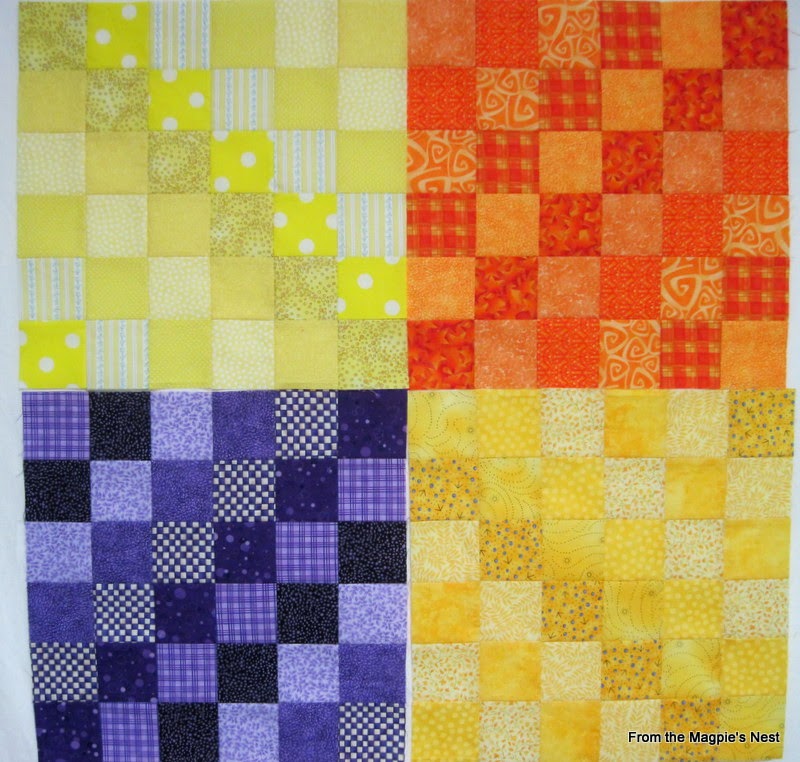 This was the first block I made out of my yellows. 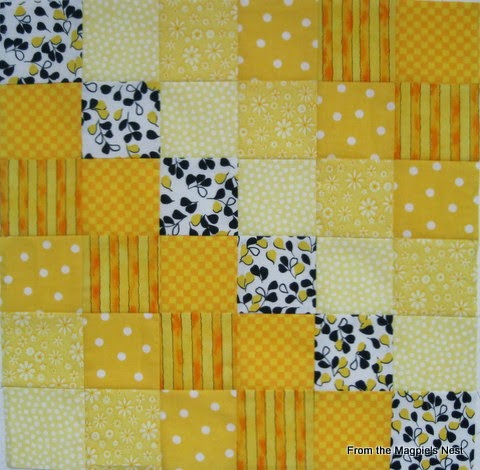 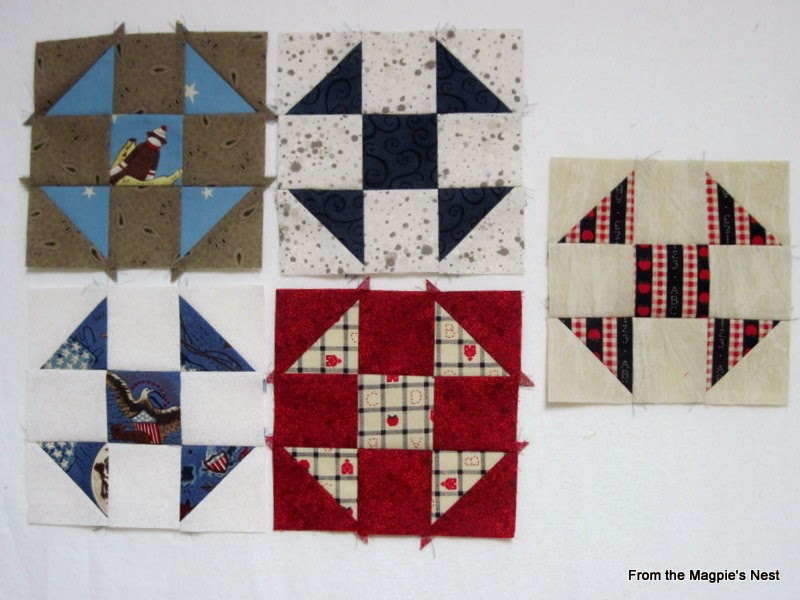 I've been wanting to give the Contrary Wife block a try. Here it is, on the top row, in six inch blocks out of scraps. I'm going to have to make more to really get a handle on how best to use the values in that pattern. 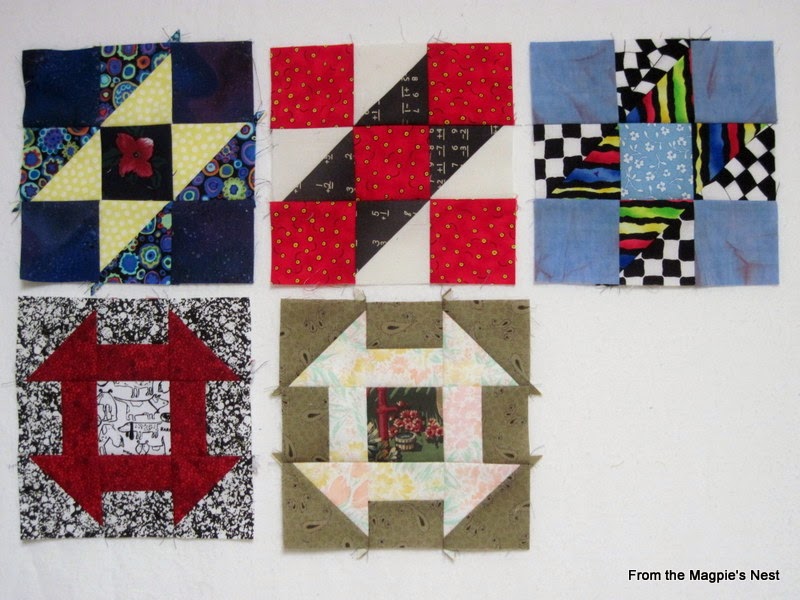 I also cut some larger patches and made 9" stars: 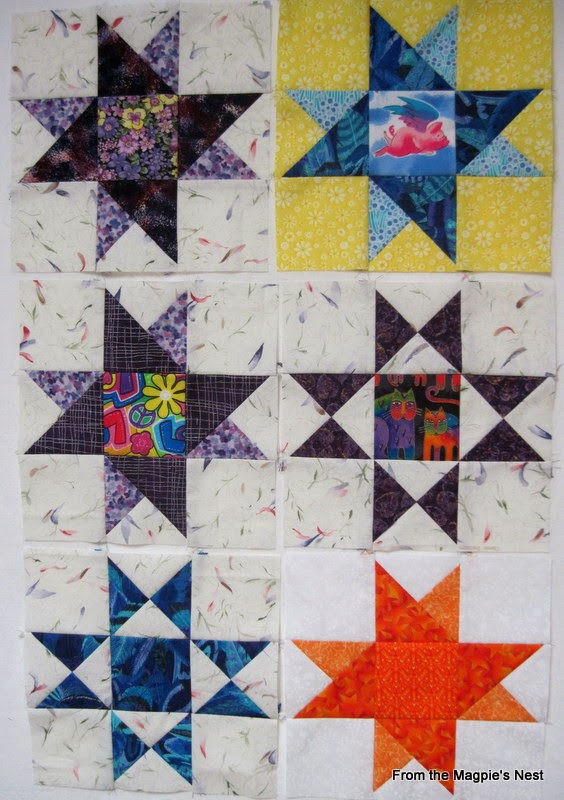 There are two Ohio Stars in the set and four Twin Stars. One of the Twin Stars was made out of my flying pig print from years ago: 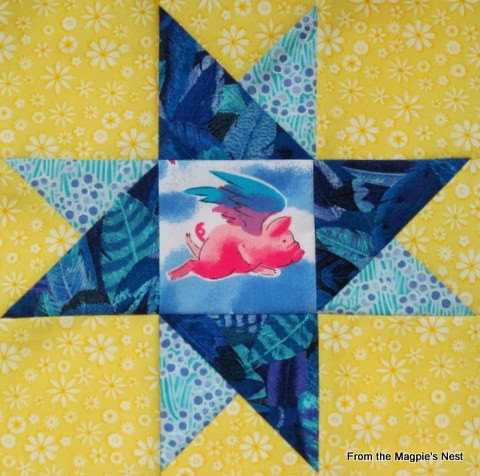 I don't think this will go into my When Pigs Fly challenge quilt but it was fun to play with the print in a single block.

Let's see, what else? Oh, there's a friendship block for a guild member at the very top of my design wall. 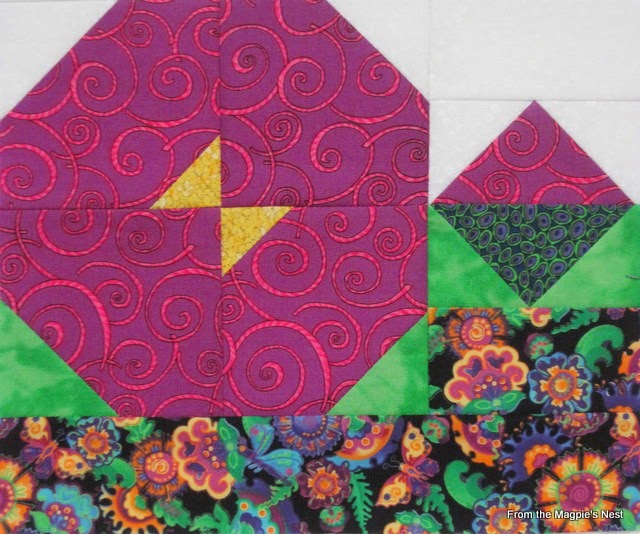 The pattern I had was for the 6" flower. The friendship request was for a 9" block so I created a bud and added a strip of background at the top (which I seem to have cut off in the photograph!) and the additional foliage at the bottom.

All in all it was a pretty productive week!
Posted by Magpie Sue at 8:48 PM