Stars Over the Punkin Patch

There has been a lot of deliberation involved in the making of this quilt top. First of all, how many stars did I want to make? 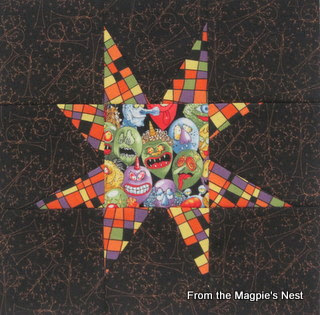 I debated between 35 stars and 48 stars. I wanted the size 48 blocks would give me but frankly, after 35 I'd had enough. That's when I realized that if I cut the pumpkin print that helped start this whole project into wide borders I could easily achieve the size I wanted. 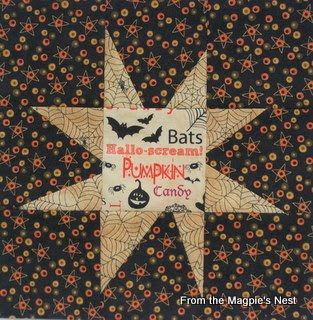 So I stopped at 35 nine inch blocks.

Finally I got them all on the wall... 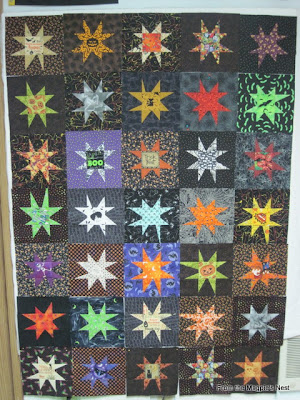 and had to arrange and rearrange them until I achieved what I felt was the most balanced distribution. (This is not it by the way.)

I debated over whether to just slap the pumpkin print borders on or whether to insert a flat piping or tiny inner border... and in the end I got impatient and just put the pumpkins on. 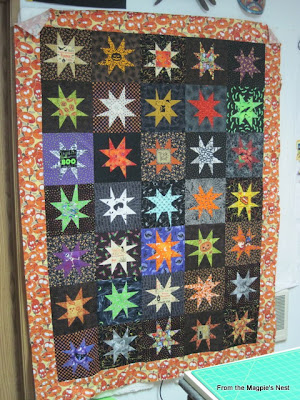 I made a small error in that I only cut the strips 4.5" wide instead of five inches so they'll finish at four inches instead of the 4.5" I wanted. Oh well! It's done. I do feel like it could use something... a transition between the stars and the border or something. But I'm hoping that a black binding will give it the finishing touch and pull it all together. I'm going to put it away for the time being, maybe create a back, and see what it looks like when I have fresher eyes. For now I think it's time to turn my attention to getting caught up with my Bead Journal Project ATC's for the year. :- )
Posted by Magpie Sue at 3:41 PM