My shoulder still doesn't feel equal to rotary cutting or much piecing but I have been doing quite a bit of embroidery lately. Yes, in addition to the gingerbread house! 😊

I have just finished a dish towel. It began with a border design I ironed on from a booklet of patterns. Mind you, this was begun months ago and progressed very slowly until this past week. 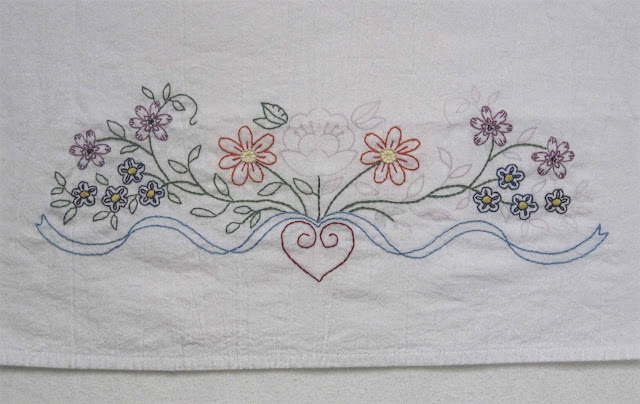 The small flowers on either side of the central motifs were merely line drawings. I'm pretty proud of myself for embellishing them the way I did. 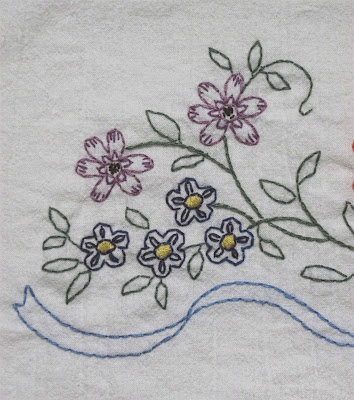 At fist I wasn't sure about those satin stitched centers in the little dark blue flowers. It looked very heavy until I had the idea to add the lazy daisy stitches to create more detail. Then I had to do something to the purple flowers above them to give them an equal amount of detail!

After I had the flowers on each side stitched I was stumped about how to handle the central flower. 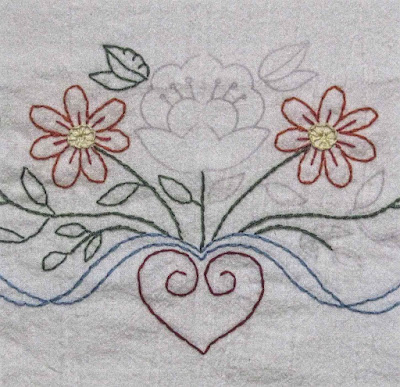 Eventually it occurred to me that I'd get a nice heavy line by using four strands of floss and split stitches. All the rest of the work up to that point had been done with three strands of floss. 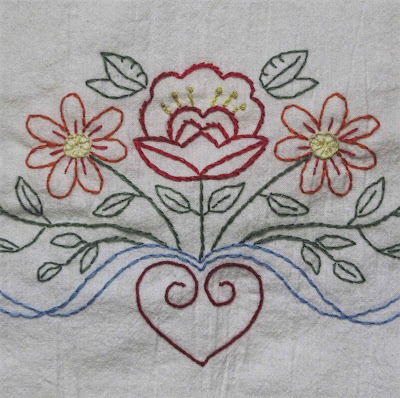 I added a couple of extra lines of stitching in the flower head to break up all that white space. The leaves were looking pretty nekkid by then too so I put vein lines in the larger ones. I also went back over the heart and whipped the backstitches in the same color I'd used originally. That really smoothed out those curves.

About the only thing I'd consider doing further would be some shading or something to strengthen the blue ribbon. At this point I doubt I'll bother however. 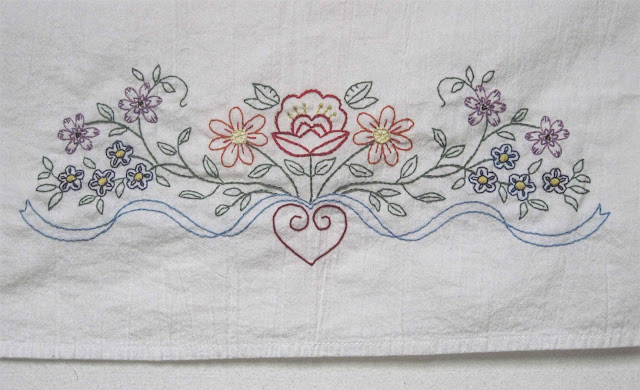 The question now is, what will fall under my needle next?