This will be a picture heavy post, just so you know. :- )

After looking at the beginnings of the baby quilt on my design wall for a few days I finally decided to take this central block apart. 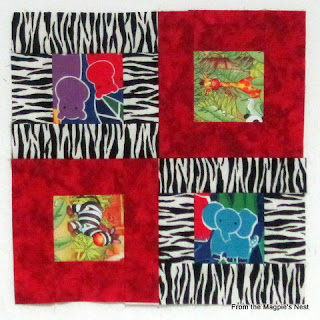 I tried out a couple of the heart blocks that I had placed as cornerstones in the pieced border with the fussy cut blocks I really wanted to feature in the middle of the quilt... 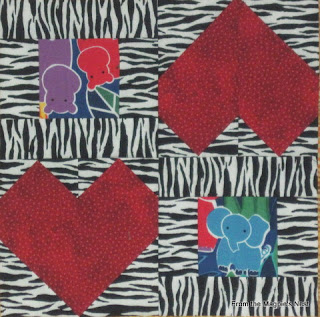 And I quite liked it! You haven't seen it yet, but I had a couple of pieces of co-ordinating prints that I knew I would be using inside the pieced border. To soften that transition I found this warm golden zebra stripe batik: 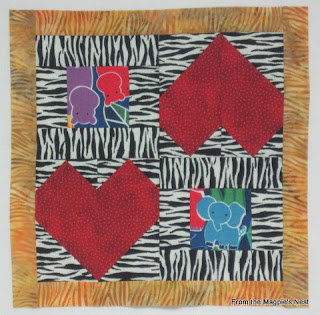 I also made two more of the fussy cut blocks from what will be the focal fabric and used them as cornerstones in the border. Much better. 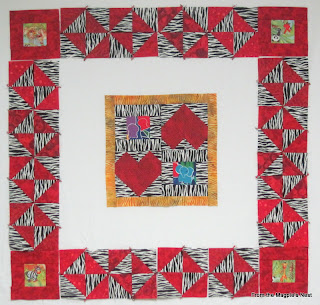 And here it is with the focal print in place: 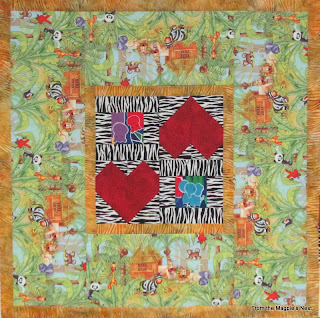 The focus fabric is directional. I chose to place it such that it faces in all four directions, just as I had the original center block. My thinking was that the imagery would be right side up no matter which direction the child was laid onto the quilt.

Now for the pieced border... 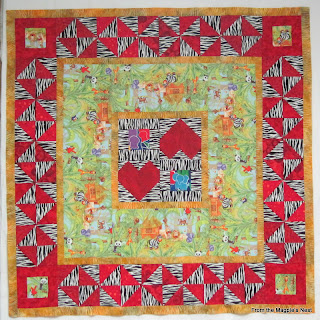 Here's a detail shot of one of the fussy cut blocks: 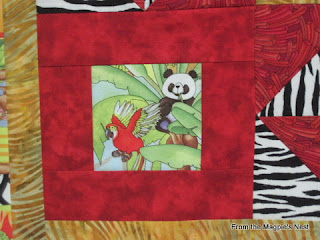 And this is a section of the focal print: 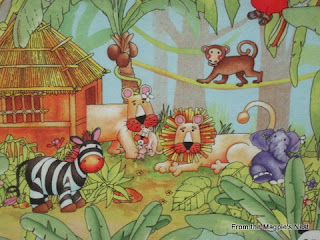 At this point the top was about 44 inches square. Which would be big enough for a baby quilt... except that I had this great stripe I wanted to use for the outer border! 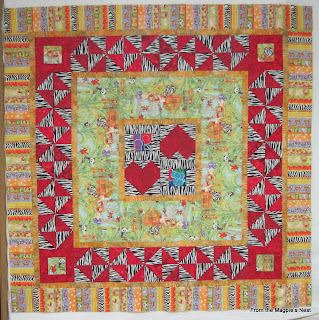 It would have been ideal to miter the corners of this outer border but I didn't have enough of the stripe to pull that off. (Nor did I have the mental agility at the time I was working on this!)

Here's a close up of one part of the stripe: 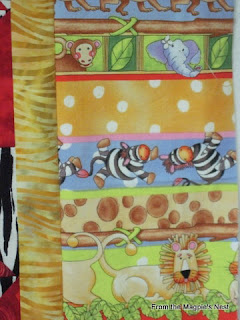 So now the top is about 52 inches square. Baby won't be outgrowing this quilt in a year! I will need to piece a back for it. I have a flannel baby jungle animals print to begin with; it was not part of the line I used for the top but it co-ordinates beautifully. It will just be a matter of finding other flannels to add to it until I get to the size I need. There's a really good chance this will be a finished quilt about the same time the baby arrives! How often does that happen???!!
Posted by Magpie Sue at 11:34 AM